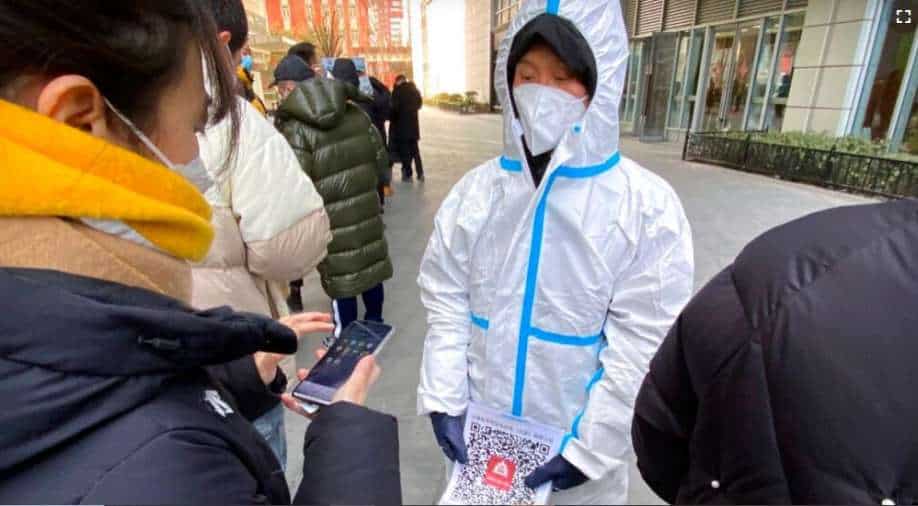 The Chinese government created a color-coded smartphone app to track people’s movements in the early stages of the epidemic in an effort to stop the spread of COVID-19 and carry out its zero-COVID policy. However, this week, media sources stated that Henan province’s capital city of Zhengzhou’s officials were now employing the necessary rules to restrict the movement of citizens irate that their accounts had been frozen by nearby banks.

On Monday, hundreds of depositors who had lost access to their money had intended to go to Zhengzhou, but their health codes had unexpectedly changed to red. Due of their inability to travel, the protests were unsuccessful. The red code appeared to target exclusively depositors.

On Tuesday, an editorial appeared in the official newspaper Global Times, “The health code is a technical means designed to make the public compromise some personal information rights to comply with the needs of society’s public health security. It can only be used for epidemic prevention purposes. It is the responsibility of the relevant authorities to protect the privacy of citizens to the greatest extent during the epidemic prevention process.”

The red code issue, according to Hu Xijin, the former editor-in-chief of Global Times, is “extremely troubling,” and any use that isn’t related to COVID is a “obvious breach” of virus control procedures.

Some have conjectured that the technology may be utilised as a political tool to limit mobility ever since China started marketing the portable and personalised health codes in response to the coronavirus outbreak. Through a smartphone, the programme keeps track of a user’s travels, contact history, and physiological data like temperature.

According to a blog post at the Center for Strategic and International Studies, a Washington-based research group, the software employs a QR code to track a user’s movements to track exposure to known cases of the virus. Authorities in China mandated that citizens register for facial recognition, provide their names and ID numbers, and acquire the QR code associated with their identity.