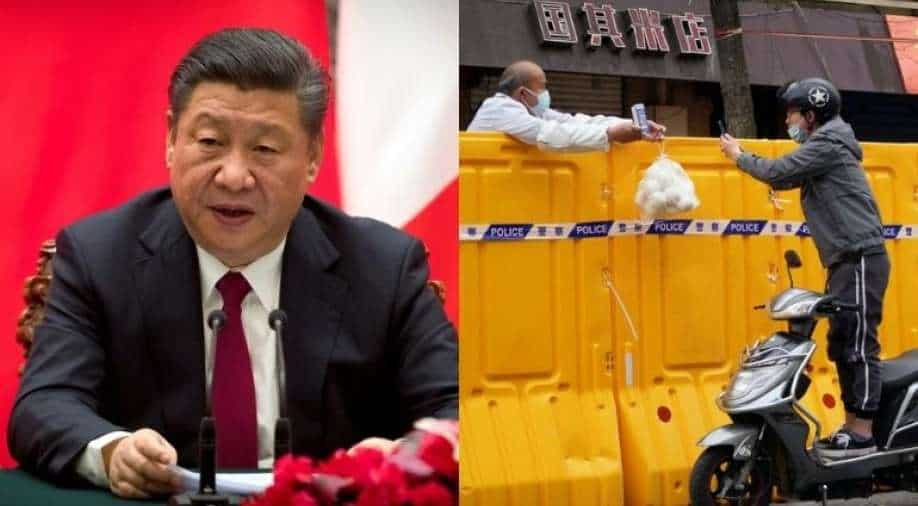 After facing enormous criticism over zero-Covid policy, Chinese President Xi Jinping has issued the strongest warning to people to keep a check on the growing trend, media reports said.

In recent days, China seems to have been regularly slammed within the nation and outside over the policy. Several pictures and clips of incidents of forceful measures being taken up by the authorities have also surfaced.

Several residents of Shanghai had also called for help on social media recently. They had showed their anger over food shortages and lack of access to healthcare in the last five weeks, reported CNN.

In a meeting headed by the president on Thursday, the Communist Party’s supreme Politburo Standing Committee vowed to “unswervingly adhere to the general policy of ‘dynamic zero-Covid,’ and resolutely fight against any words and acts that distort, doubt or deny our country’s epidemic prevention policies.”

“Our prevention and control strategy is determined by the party’s nature and mission, our policies can stand the test of history, our measures are scientific and effective. We have won the battle to defend Wuhan, and we will certainly be able to win the battle to defend Shanghai,” the seven-member committee said as per Xinhua.

According to the state media, it is the first time Xi, who made an “important speech” at the meeting, has made public remarks about the policy since furore.