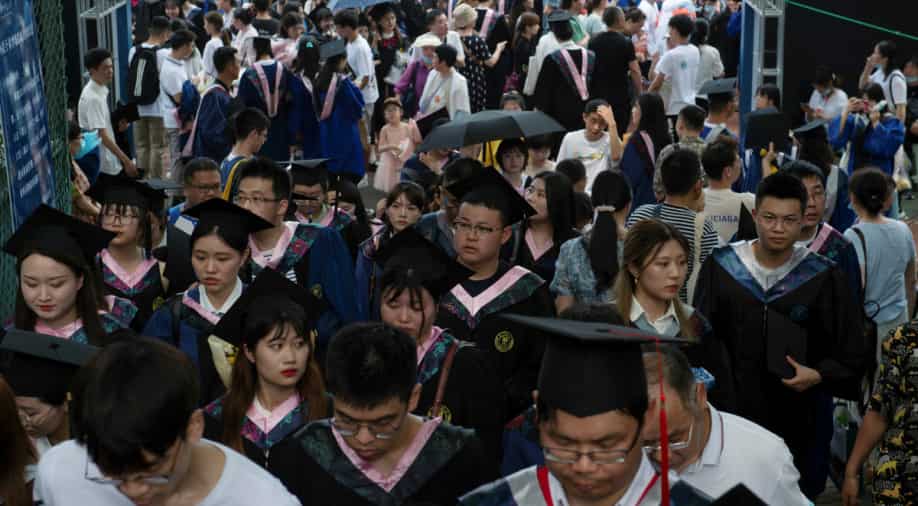 In China, a record 10.8 million university graduates face a daunting future: a bad job market and a bad state of the economy in general. For context, the nation’s soon-to-be graduates number more than the entire population of Portugal and all of them are about to enter one of the worst job markets in the last few decades of China’s history. youth unemployment in China currently stands at its highest. As per Reuters “youth unemployment is already more than three times China’s overall joblessness rate, at a record 18.4 per cent”. A Business Standard report quotes Merrill Lynch of Bank of America as saying that, in May, urban youth unemployment hit a record 18.4 per cent. By July, the peak of graduation season, it could reach 23 per cent”.

COVID-19 and the resulting harsh restrictions have battered an economy that was already contracting because of the collapse of the real estate market, geopolitical tensions, and regulatory crackdowns on the tech, education, and other sectors.

Watch | Stagflation: What is it and why is it a big deal now?

There is no way to predict how high youth unemployment will affect Chinese society. In a year when President Xi Jinping is anticipated to win a record-breaking third term as the supreme leader, it can be problematic for China’s stability-obsessed Communist Party that educated young people are struggling to find work.

According to Michael Pettis, a professor of finance at Peking University, the “social contract between the government and the people was you stay out of politics and we will guarantee that every year you’ll do better than last year.”

“So the concern is that once that guarantee breaks apart, what else has to change?”

Premier Li Keqiang says that the government’s primary objective is to stabilise the job market for recent graduates. As an incentive companies that offer internship positions to recent graduates will receive subsidies in addition to other benefits designed to increase employment overall.

Additionally, to encourage graduates to start their own businesses, some local governments have made affordable loans available.

The entry-level employment market in China is much worse than it was during the global financial crisis of 2008-2009, according to Rockee Zhang, Managing Director for Greater China at Randstad. New jobs are down by 20-30 per cent from the previous year.