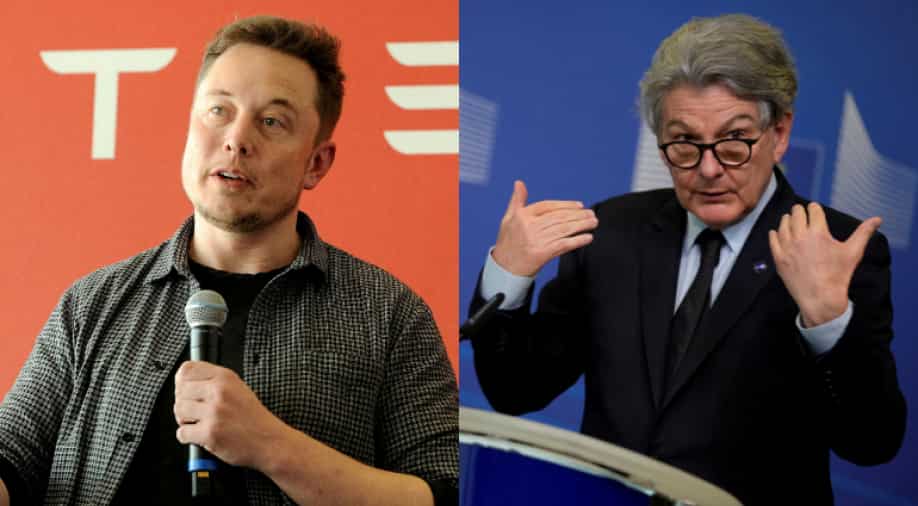 The duo met on Monday to discuss digital regulation in the bloc ahead of Musk’s purchase of microblogging platform Twitter.

Breton shared a video on Twitter in which he can be seen explaining the Digital Services Act to Musk.

In the video, he tells Musk “It fits pretty well with what you think we should do,” to which the Tesla boss replies “I think it’s exactly aligned with my thinking.”

The European Union had introduced the Digital Services Act to ensure that tech giants do not privilege their own service in their products and platforms.

If they do not control illegal content or violate the law by advertising aimed at children or based on religion, gender, race, and political opinions, hefty fines will be levied on the companies.

Rights groups and activists fear that although Musk describes himself as a “free-speech absolutist,” but under his ownership, Twitter will provide a forum for hate speech and disinformation.

Musk had met Breton previously during the launch of Tesla Inc’s new Austin plant in which they had discussed global supply chain issues.

In 2020, the bloc’s commission had launched an investigation that was fuelled by complaints from European banks that resist paying a fee to Apple in order to reach their customers via apps.