Skip to content
HomeWorld‘Do we need world if Russia’s not in it?’ Putin puppet Solovyov in chilling nuclear threat 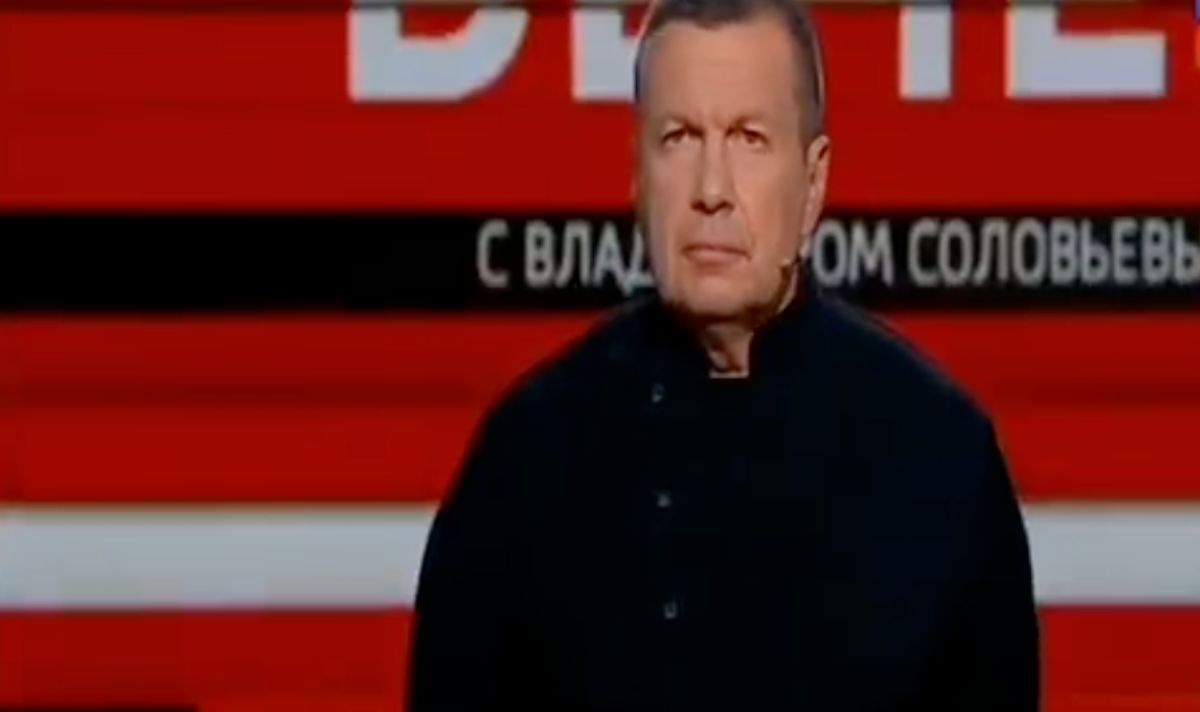 Solovyov talked up the risk of an all-out nuclear confrontation between Russia and the West during a bombastic television rant. Vladimir Putin‘s  propagandist suggested the Kremlin would happily risk destroying the world in a nuclear exchange with NATO because “Do we need the world if Russia‘s not in it?”

Solovyov told Russia1: “You ‘European,’ I am not addressing the ordinary people but the politicos.

“You’ll never understand us for one simple reason.

“Twenty-seven million Soviet people died! Six million Jews were eliminated! and when now, on Ukraine’s independence day, you utter Nazis and Banderite slogans, and you utter them one after another.

“I recall that Europe which got together to solve the Jewish question once and for all, to kill us Jews.”

He continued: “The war against NATO? We will win it!

“There are two outcomes, you won’t like the second one.

“Because why do we need a world without Russia in it?”

Ukrainian forces have had “successes” in three areas of the Russian-occupied region of Kherson, a Ukrainian regional official said on Wednesday, two days after Kyiv announced the start of a southern counter-offensive to retake territory.

Yuriy Sobolevskyi, the deputy head of Kherson’s regional council, told Ukraine’s national news broadcaster that Ukrainian troops had enjoyed successes in the Kherson, Beryslav, and Kakhovka districts, but declined to give details.

“Now is the time to support our armed forces… Now is not the time to talk about the specific successes of our lads,” he said, echoing the Ukrainian military’s insistence on a near-total information blackout about the offensive.

Sobolevskyi urged Ukrainians to support their armed forces with “everything they could” as the offensive was using up a vast quantity of resources.

“Right now, drones and ammunition are being used there like expendable material,” he said.

Separately, a team from the U.N. nuclear watchdog set off from Kyiv towards the Zaporizhzhia nuclear plant in Ukraine’s south to assess any damage after shelling nearby sparked fears of a radiation disaster.

Ukraine, armed with sophisticated Western-supplied weapons, launched a fresh push this week to reclaim territory in its south. Ukraine’s President Zelensky, who urged Russian soldiers to flee for their lives, said his forces were also on the offensive in the east.

“Active military engagement is now happening along the whole front line: in the south, in the Kharkiv region, in Donbas,” Zelensky said in his nightly address on Tuesday.