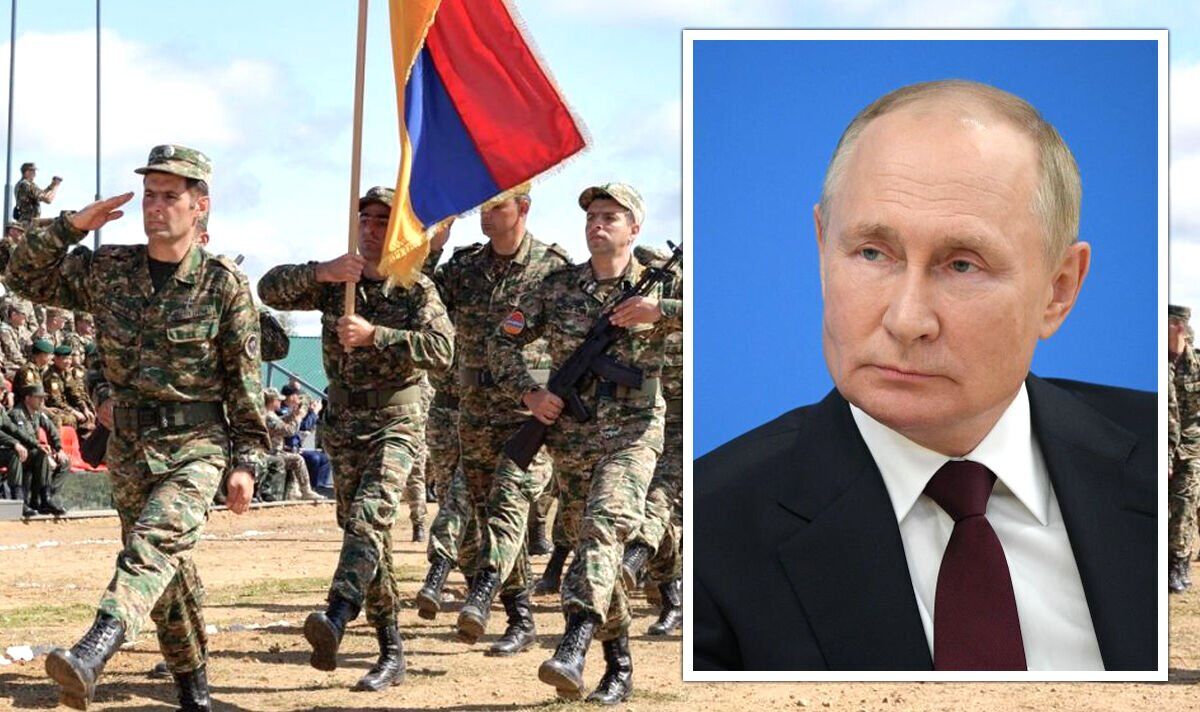 David Ochmanek, senior international and defence researcher, speaking to CBS News, said Putin was sending two clear messages with the carrying out of his latest “Vostok” exercises in the east of the country, joint drills that include China and India among others. As hundreds of thousands of soldiers congregate for the exercises, Mr Ochmanek said Russia was proving to the world that despite difficulties in Ukraine, it still boasted a formidable military outfit and had allies that were willing to join them. It comes as the US said it “has concerns about any country exercising with Russia” while the war in Ukraine is still going on, suggesting a fear that the pool of enemy troops in Ukraine could be expanded.

Mr Ochmanek said: “I think it is very much intended to send a message to the world and there are two messages, on Putin’s behalf,  that I take from it.

“One is, from Russia’s part, they are saying ‘Look, we are down but we are not out. Yes, we have suffered some serious losses and casualties in Ukraine over the last six months, but we still have game.

“‘We can put 50,000 men into the field in the far eastern parts of our country for major manoeuvres.’ That is message one.

“Message two is [Russia] still has friends. Now, it is a short list of friends, which includes the likes of Laos and Nicaragua, but the fact that China and India are willing to send some of their forces to these exercises is a positive for Russia, I think.

Soldiers from the Indian army have landed in Russia for a week-long military exercise, India’s defence ministry said on Thursday, days after the United States said it had concerns about any country exercising with Russia now.

The Indian government sought to play down their participation in the drills, saying that its forces have regularly participated in multilateral exercises in Russia, along with a number of other countries. Russia is the biggest supplier of military hardware to India.

An Indian Army contingent “arrived at the exercise location and over the next seven days will undertake joint manoeuvres to include joint field training exercises, combat discussions, and firepower exercises”, the Indian defence ministry said in a statement.

Moscow announced in late July that it would hold the “Vostok” (East) exercise in the east of the country, despite waging a six-month-long war in Ukraine, where it has suffered heavy losses of personnel and equipment.