Skip to content
HomeWorld‘Eurozone collapse!’ Recession warning with ‘biggest financial crisis in its history’ near 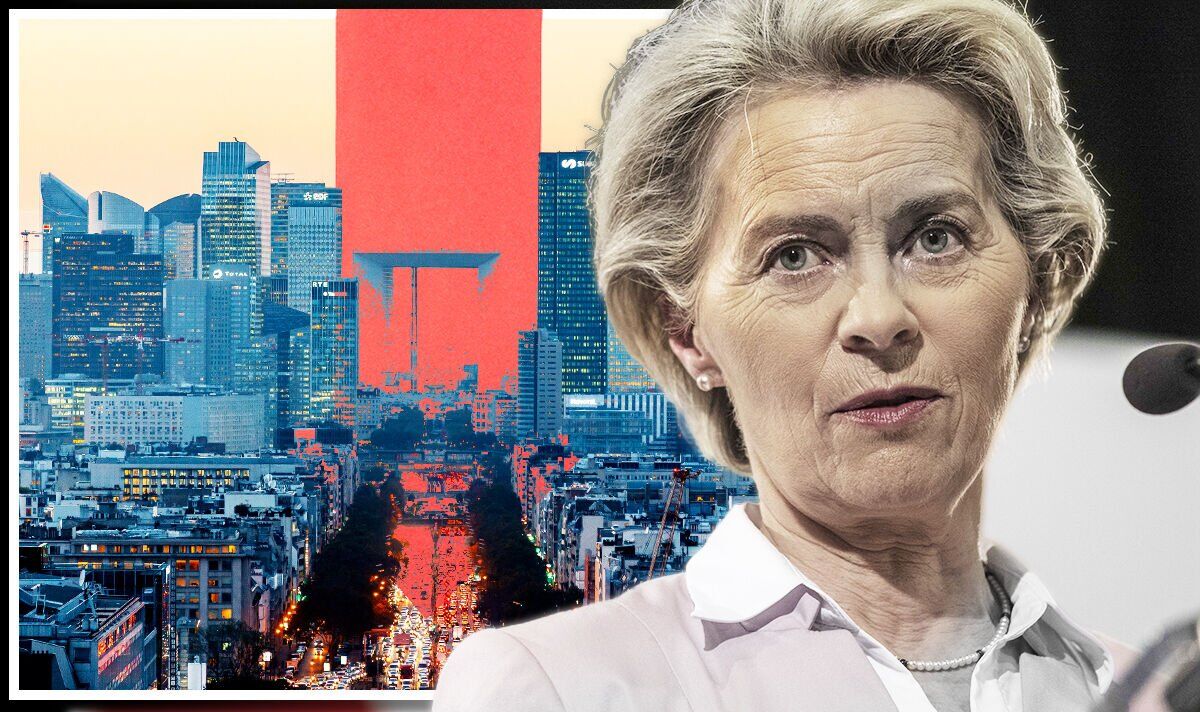 But intense price pressure is sending massive shockwaves throughout Europe, with energy costs currently the biggest driver of inflation, up by nearly 40 percent in a year.

The Russian gas crisis has been a key factor, with supplies into Europe via the Nord Stream 1 pipeline shrinking and price pressures seeing growth in the German economy – the EU’s largest – flatlining in the second quarter of this year.

There are growing fears Vladimir Putin could wage a political war against the EU by completely cutting off gas into Europe in revenge for the crippling sanctions that have smashed Russia.

Charles-Henri Gallois, President of the Generation Frexit campaign in France, warned: “Inflation, in addition to current low interest rates and high public debt, is quite explosive.

“The ECB has a huge dilemma. If they really want to tackle the inflation, they will need to stop the quantitative easing and increase interest rates.

“But in doing so, this will lead to a eurozone collapse as the rates will surge in Southern Europe.

“If they let inflation go, it will lead to massive strikes, social and economic troubles as we are currently seeing in the Netherlands.”

Mr Gallois warned a dreaded Eurozone recession is now “obvious” as he sees no easy way out for countries heavily dependent on Russian gas.

READ MORE: Nigel Farage speaks at US rally in Texas to get rid of Nancy Pelosi

The staunch Frexiteer also lashed out at the foundations of the struggling euro, which last month fell to parity against the US dollar for the first time in more than 20 years.

He warned the sanctions from the EU against Russia is “suicide for Europe” and warned if this isn’t eased quickly, the continent could find itself engulfed in the “biggest financial crisis of its history”.

Mr Gallois continued: “It was a mistake to save the euro. The euro is badly built from the beginning and will die sooner or later.

“Then, I know that the position in not widely shared in the UK but I think that the sanctions against Russia is a suicide for Europe.

“Economic sanctions that hit you more than Russia is totally stupid.

“I’m against Ukraine invasion but we should stop sanctions and focus on a peace to avoid Europe suicide.

“If we don’t do it, Europe will face maybe the biggest financial crisis of its history.”

Maartje Wijffelaars at Rabobank, said the figures “are likely to give consumers and the ECB even bigger headaches”.

She added: “Going forward, the path for inflation is very dependent on what happens with Russian gas flows, and hence energy prices, but in any case it isn’t expected to come down fast.”