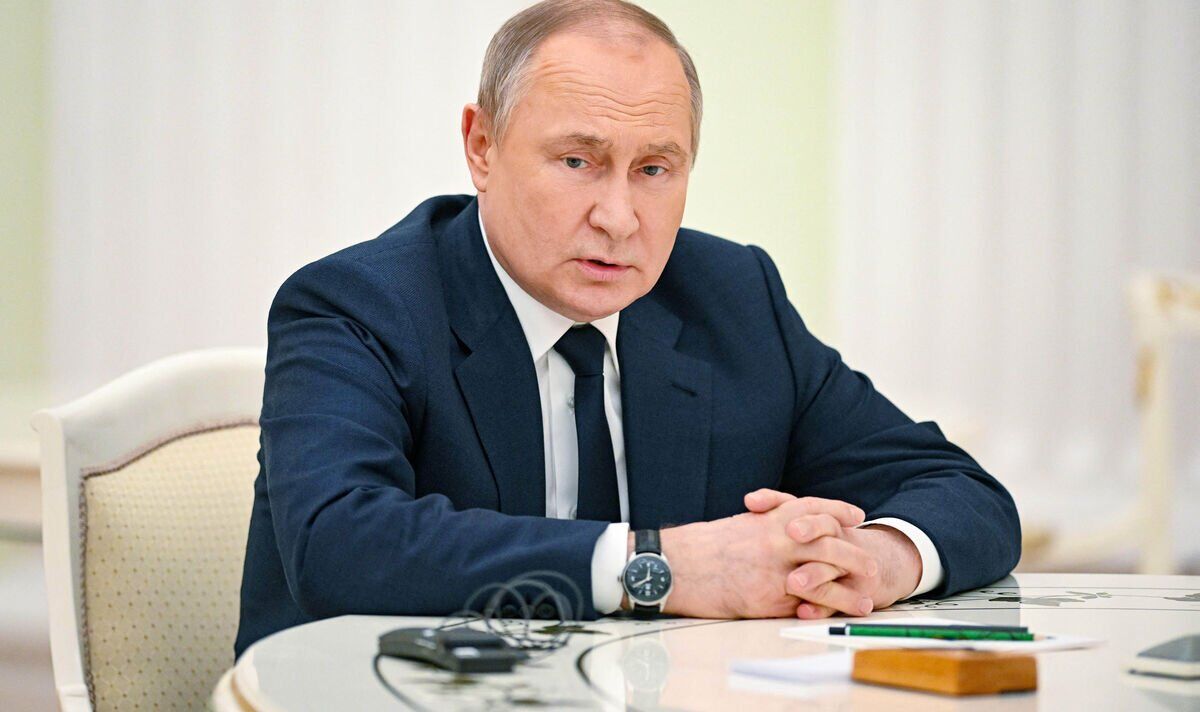 The leader presided over a huge show of Russian military might during a Victory Day parade in Moscow to mark the Soviet Union’s defeat of Nazi Germany. But the 69-year-old, looking noticeably more frail than two years ago, cut an isolated figure, walking with a limp and covering his lap with a blanket, reigniting rumours about his health.

During a strangely downbeat and short speech, Putin slammed the West’s nuclear threat and its overall “moral degradation” but stopped short of announcing an escalation to “all-out war” as had been feared.

He told the masses of troops in Red Square they were now fighting for the security of the entire country and alleged Russia had “urged Europe to find a fair compromise but they didn’t want to hear us”. Putin then claimed that his military commanders had simply responded to a “punitive operation” in the Donbas.

He added: “In Kyiv, they were saying they might get nuclear weapons and Nato started exploring the lands close to us, an obvious threat to our country.”