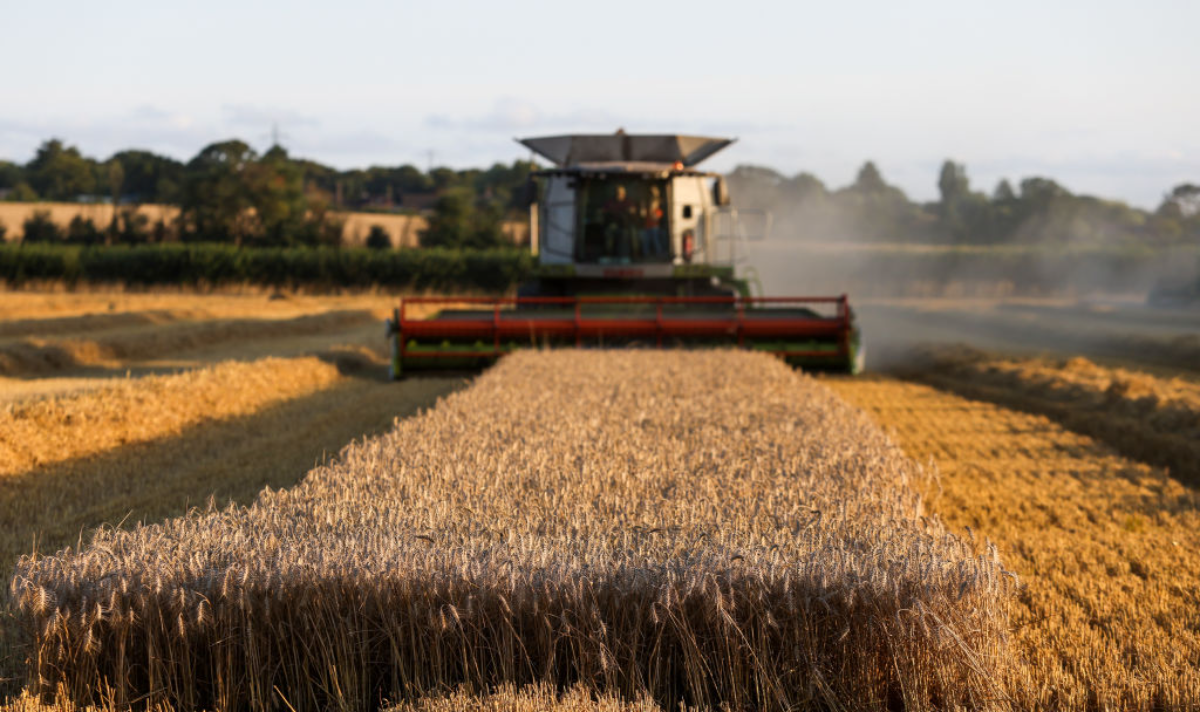 The Chair of Robin Appel spoke exclusively with Express.co.uk about the reasons why food supply lines had been disrupted in the UK. Mr Arnold discussed the effects Brexit has been having on the farming industry as it has been harder to hire Eastern Europeans to join the farming workforce. The grain trader denied Covid having an effect on the wheat, barley and corn sector but explained how there was a lack of drivers to transport stocks and other farming produce around the UK.

Mr Arnold told Express.co.uk: “So I think farmers have suffered with bringing in staff onto farms from Eastern Europe.

“So there are some areas of farming production that have suffered from a lack of liquidity in the Eastern European workforce.

“But I don’t think Covid, particularly, in the trading sector… One of the big issues that the industry has is hauledge.

“You know lack of drivers, lack of young drivers coming in, so bulk commodity haulage is a serious issue in the UK.”

JUST IN: Kate’s favourite takeaway laid bare but William ‘wouldn’t eat it with her’

Some Britons have been experiencing some food shortages and happy supermarket shelves and some of the most vulnerable have been relying on food banks in order to survive.

Some financial experts have warned that the shortages of different types of grain will likely get worse.

WFP’s emergency coordinator for Ukraine, Matthew Hollingsworth said: “There’s no question it’s going to mean areas of starvation in the world are going to get worse, that famine will get worse.

“And we’re in a situation where the world’s economies are only partially getting better from COVID-19 and this situation is going to tip many countries over the edge.”

READ MORE: Putin humiliated as ‘only a matter of time’ before Russia defaults on foreign debts

Unlike Mr Bailey, some experts believe the increased costs of living are the fallout effects of Brexit.

Justin King, the former boss of Sainsbury’s, claimed last week that Britain exiting the EU is the cause of the cost of living crisis being felt by Britons.

“You’re talking about the Prime Minister going to Northern Ireland today, the problems at the border in the Irish Sea, of course, are the reality in good part in the border with many of our trading partners.

“Well in excess of 40 percent of our food comes from Europe, so it started with Brexit.

“Covid exacerbated the problems and of course, the war in Ukraine in particular impact is having on certain commodities, wheat, and oil in particular, and one can obviously see that that will be long lasting and significant in its impact.”