Skip to content
HomeWorldFlooding hits DEATH VALLEY in freak ‘historic event’ that only hits once every 1,000 YEARS 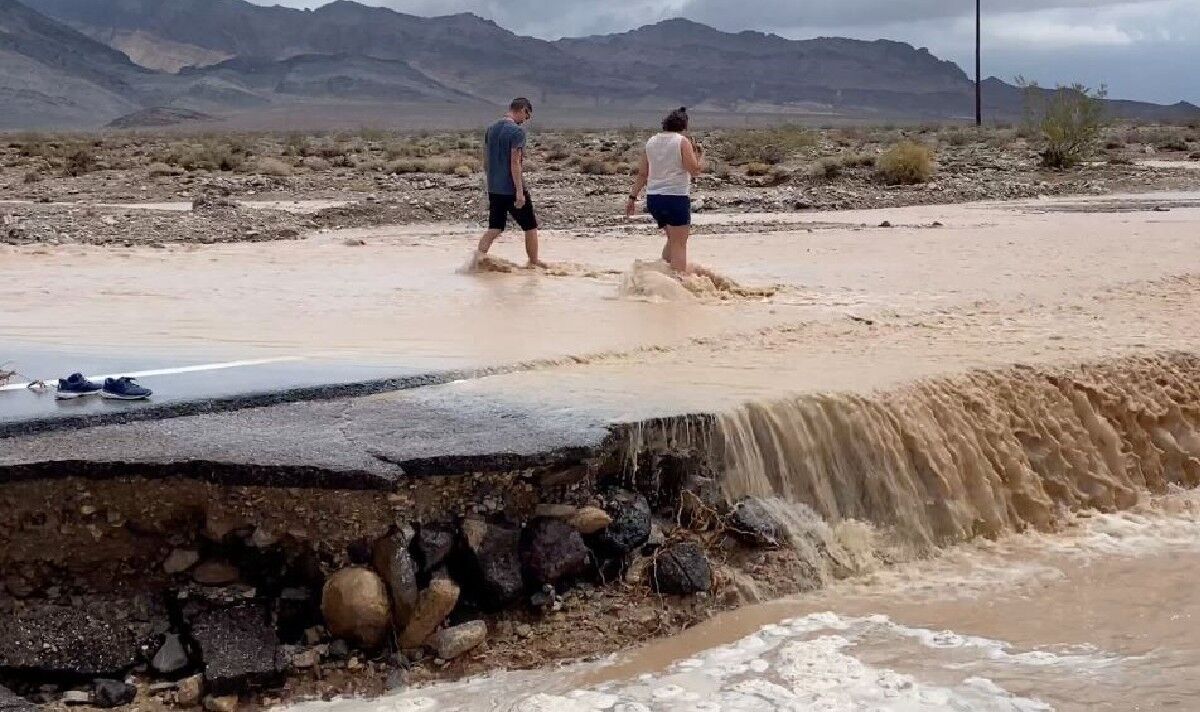 In a statement released on Sunday, the National Parks Service (NPS) described the rainfall as a “historic event”, with nearly a year’s worth of precipitation dropping on the usually arid area in just three hours.

The subsequent flooding had cause “widespread” damage and the closure of all park roads due to “safety concerns”.

Some are not expected to reopen for months, given the severity of the damage, the NPS said.

Daniel Berc, a meteorologist with the National Weather Service Las Vegas, commented: “The heavy rain that caused the devastating flooding at Death Valley was an extremely rare, 1000-year event.”

He noted, though, that this did not mean such an event only occurred once every thousand years, but rather that in any year there was a miniscule 0.1 percent chance of such freak weather occurring.

The NPS said that a “critical portion” of the Cow Creek water system – which serves some park residences and facilities, including the Emergency Operations Building – had been lost to the floods.

Six-hundred feet of water main was blown out by the flash flood, causing “catastrophic damage” to the water system.

There was also “moderate to severe” damage to asphalt roads running through the US national park, with hundreds of miles broken by debris.

On Saturday, a Naval helicopter crew were able to identify stranded vehicles. So far no residents or visitors have been injured in the flooding.

However, the damage to the roads system means that some areas of Death Valley are impossible to reach by road vehicle.

“It is the hottest place in the world, and the driest place in North America. This week’s 1,000 year flood is another example of this extreme environment.

At 13,650 square kilometres, the Death Valley National Park straddles the border between California and Nevada.

Death Valley itself sits in between the Amargosa mountain range to the east and the Panamint range to the west.

In August, it has an average temperature of 46 degrees Celsius, and since 1911 an average rainfall of just 0.1inches (2.5mm).

Across the year, the area sees on average just 1.96inches (50mm) of precipitation – meaning the 1.46inches (37mm) that fell last week accounted for around 75 percent of its total rainfall for the year.

It is not the first time this summer that a US national park has experienced freak flooding, as extreme weather becomes more frequent around the globe.

The park – the majority of which sits in Wyoming – saw “multiple road and bridge failures” leading to an evacuation of the northern section.

The NPS later diverted $50million (£41.4million) in emergency funding for the recovery.

NPS Director Chuck Sams said the flooding “reminds us that we humans are just one small part of this ecosystem”.