Skip to content
HomeWorldFor the men out there: Do you fall sick often? This might be why 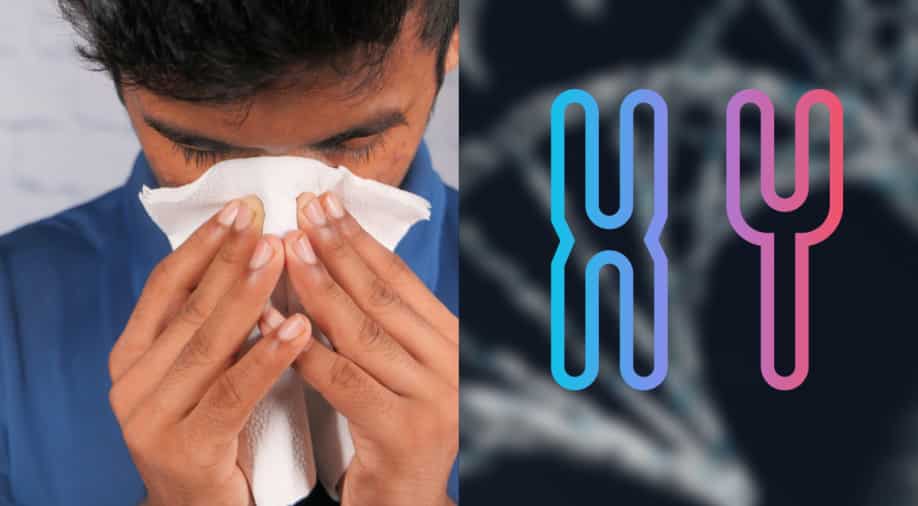 Do you remember your science lessons from school? Do you remember learning about chromosomes? We were taught that there are two chromosomes X and Y and that each of us has a set of chromosomes. Individuals with XX (or two X chromosomes) are female, while those with XY (or one X and one Y chromosome) are male. A recently published study has now revealed that many men can actually carry an extra chromosome. The study was published in the journal Genetics in Medicine. It included data on more than 207,000 men. It was discovered that of the participants, over 350 had an extra chromosome, either X or Y. Very few of these men knew about this abnormality or had it mentioned in their medical records.

Talking to the Guardian Dr Ken Ong, co-senior author of the study who is a pediatric endocrinologist in the Medical Research Council (MRC) Epidemiology Unit at the University of Cambridge says that they were surprised at how common this abnormality is.

Having an extra chromosome can raise the risk of certain health conditions. Those having Klinefelter syndrome (KS) or an extra X chromosome are linked to reproductive problems like infertility and delayed puberty. According to the National Human Genome Research Institute, XXY men are four times more likely than XY men to have late puberty.

Also read | A beer a day might keep your gut flora healthy: Study

On the other hand, with an extra Y chromosome or 47,XYY syndrome does not come with reproductive problems but was linked to learning disabilities, including delay in acquiring speech and motor skills. According to the Genetic and Rare Diseases Information Center, they also have unusually low muscle tone.

Additionally, both XXY and XYY men have a higher rate of type 2 diabetes, atherosclerosis (plaque buildup in the artery walls), pulmonary embolism (blood clots in the veins and lung arteries), and chronic obstructive pulmonary disease (which obstructs airflow to the lungs).

In their report, the authors questioned: “why both KS and 47,XYY should show striking similarities in conferring substantially higher risks for many diseases in common.” As per them, future research is needed to examine the reasons causing this elevated risk.