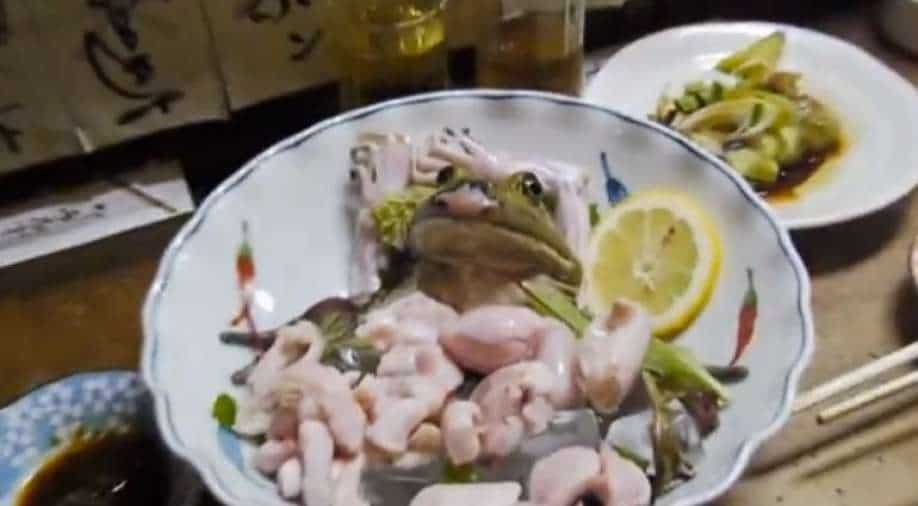 Wildlife activists warned on Thursday that Europe’s voracious appetite for frog legs has caused a “extinction domino effect” on amphibian populations in the wild in parts of Asia and Eastern Europe.

Frogs’ legs, or “cuisses de grenouilles,” are a delicacy famously enjoyed in France, but other EU nations also like the dish, which is frequently prepared with parsley, garlic, and butter.

Frog legs continue to be an incredibly popular food item around the world, especially in the United States. A recent study found that this nation imports 2,280 metric tonnes of frog legs annually, which is the equivalent of between 450 million and 1.1 billion frogs. Live frogs weighing a further 2,216 metric tonnes are imported annually for sale in Asian-American markets.

The limbs of as many as 200 million frogs are imported into EU countries each year in approximately 4,070 tonnes of frog legs, according to the German non-profit organisation Pro Wildlife and the French non-profit NGO Robin des Bois.

According to data, Germany spent £73 million on frog imports in 2020, which was more than twice as much as France.Meanwhile, France imported £33 million worth of frogs in the same year.

This makes Europe the world’s biggest consumer of frog legs, with gourmets placing a special emphasis on large-limbed species like the East Asian frog and the crab-eating frog.

But the great majority of that catch comes from wild capture.