Skip to content
HomeWorldFrom coffin making classes to digital tombstones, Germany changes the way it views the taboo of death

Europe’s largest economy Germany is rethinking death. In the past, the country, especially the Northern Lutheran faith region, has been known for its orthodox, stern attitude towards death.

However, the country is starting to see death and the expression of grief over a loved one’s passing in a completely different way.

Recently the northern city of Bremen played host to a unique exhibition called “Life and Death 2022”. This was a funeral fair, organised by Leben und Tod, who deal with the “taboo subject of death” in the public eye.

The exhibition, which was held on the 6th and 7th of May also unveiled a unique way to prolong life digitally.

“Youlo”, a play on “You Only Live Once”, allows people to record videos and messages for the people left behind; their loved ones. These messages can be preserved for several years in “digital tombstones”.

The fair had more than 4000 people show up to learn more about alternative ways to mark their end. For a deeply traditional nation, this marked a change of trend, something for which the coronavirus pandemic and the unprecedented numbers of deaths acted as a catalyst. 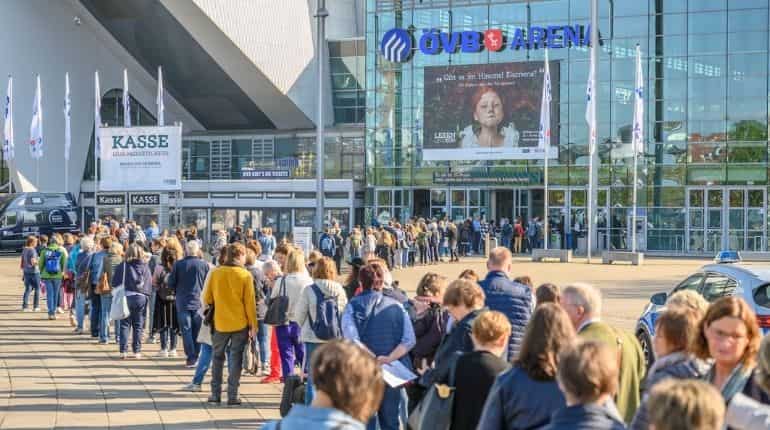 Around 136,000 people lost their lives during the pandemic in Germany, which has largely helped in challenging the taboos around death in the European nation.

However, change in Germany has been slower than in other European nations. A huge reason behind this is the strict legal rules on funerals.

For example, a 200-year-old law known as the “Friedhofszwang” bans the burial of coffins and urns anywhere but in a cemetery. This law was originally drafted for hygiene purposes. Under this, the bereaved are not even allowed to take out the ashes of a loved one from a crematorium.

Now the country is relaxing these rules and people are also accepting death as a part of life. In Germany these days people can easily find classes on how to make their own coffin and funeral speech writing has become a profession.

The change in the culture of burials and grief is undoubtedly a step toward dealing with death in a healthier manner.