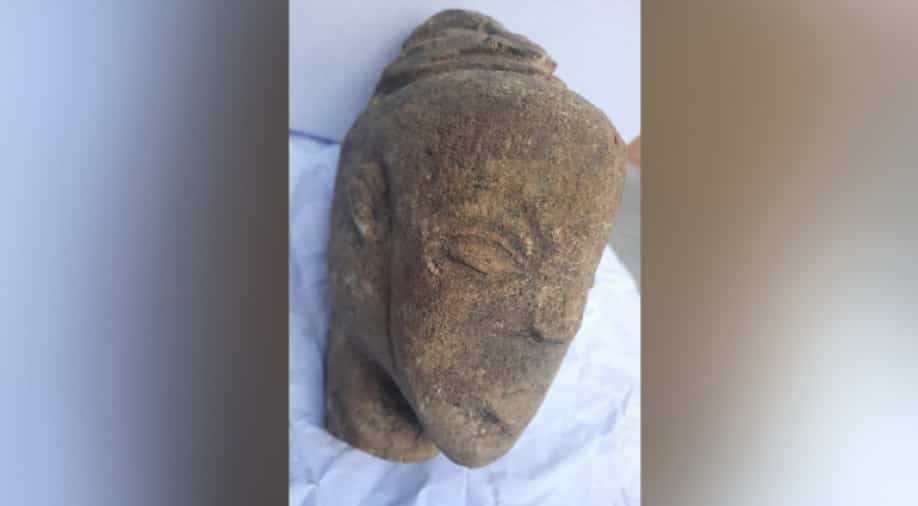 A farmer in Gaza Strip has found a Bronze Age stone statue dating back 4,500 years, depicting the face of an ancient goddess of beauty, love and war, local media reports.

The statue, carved out of limestone and 22 centimetres (8.6 inches) long, was discovered by a farmer working on his land in Khan Younis.

“The statue represents the Canaanite goddess Anat,” Jamal Abu Reda, chief of the Hamas-run ministry of tourism and antiquities department, said in a statement, according to the Times of Israel newspaper.

According to local folklore, Anat was one of the best-known Canaanite deities, symbolised as the goddess of love and war.

It was unearthed on what was an important “overland trade route for several civilizations” that lived in what is now the Gaza Strip, Reda said.

“We found it by chance. It was muddy and we washed it with water,” farmer Nidal Abu Eid, who came across the head while cultivating his field, told the BBC.

“We realised that it was a precious thing, but we didn’t know it was of such great archaeological value,” he said.

“We thank God, and we are proud that it stayed in our land, in Palestine, since the Canaanite times,” he added.

The statue of Anat was put on display on Tuesday in Qasr al-Basha, a historic building that serves as one of Gaza’s few museums, the British media outlet reported.

Unveiling the artefact at a press conference, Reda said the statue was “resistant against time” and had been carefully examined by experts.

“Such discoveries prove that Palestine has civilisation and history, and no-one can deny or falsify this history,” he said.

“This is the Palestinian people and their ancient Canaanite civilisation,” BBC quoted Reda as saying.