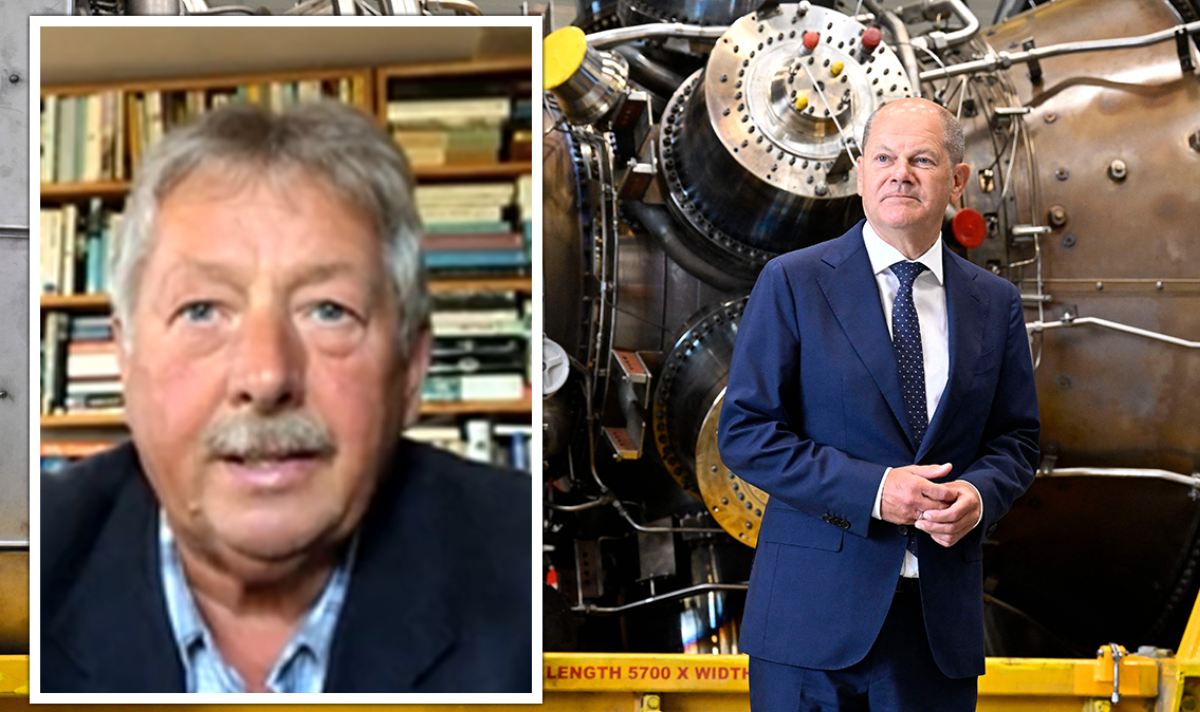 The British politician explained how German voters were “not smiling anymore” as their energy policy had been a disaster due to the country relying heavily on Russian gas. Mr Wilson criticised Germany‘s Government for closing down its nuclear power stations and consequently becoming increasingly dependent on supplies moved through the Nord Stream 1 gas pipeline. He also claimed Germany’s energy policy contributed to Vladimir Putin invading Ukraine, and stated that both the people of Germany and Ukraine were now suffering.

Mr Wilson told GB News: “The Germans are not smiling anymore, because of the disastrous changes which they made in their energy policy.

“First of all they became more and more reliant on Russia for gas and were quite nonchalant about that.

“In fact, I think that the Chancellor at that stage saw it as a positive step in bringing the two countries together and having greater trade relations.

“And of course, this was all linked to the policy on climate change and Net Zero where they were wanting to move towards greener energy and of course, we now see a situation where they’ve closed down most of their nuclear power stations.

READMORE: Boris says post-Brexit Britain will bounce back – but he WON’T be in next government

Mr Wilson added: “Where they’re relying on other countries which produce power from nuclear, and when they’re now in a situation where they’re being held hostage by Russia.

“And indeed at the time when Donald Trump was giving the warnings, other people were pointing out that given the autocratic nature of Russia, what the Germans were really doing was giving a whip hand to a dictator who would abuse that.

“I suspect that their energy policy, a short-sighted energy policy has actually contributed to Putin’s ability and willingness to invade Ukraine.

“The Ukrainians are suffering as well! As are the German population because of the mistakes that were made.”

READMORE: Boris says post-Brexit Britain will bounce back – but he WON’T be in next government

Mr Kramer told The Times: “Right now we have a very particular cluster of forces this autumn. We have a population that is very, very tense after the pandemic, who still have a lot of rage in their bellies.

“The resilience, the ability to protect yourself against crises, is wearing very thin.

“We’re talking about inflation, which is hitting a great number of people all the way up into the middle classes.

“Poverty isn’t just affecting groups on the margins of society, which is bad enough in itself but working its way up into the middle of society. That’s a big problem.”

He added: “Precisely this confluence of all these stress factors makes people feel extremely insecure, and in some cases, they’re afraid for their very existence.

“It’s not just that they’re very upset and angry – that’s all legitimate – but they are also very vulnerable prey for extremists who may offer them answers that ultimately are not real answers, but do incite them to extremism.”