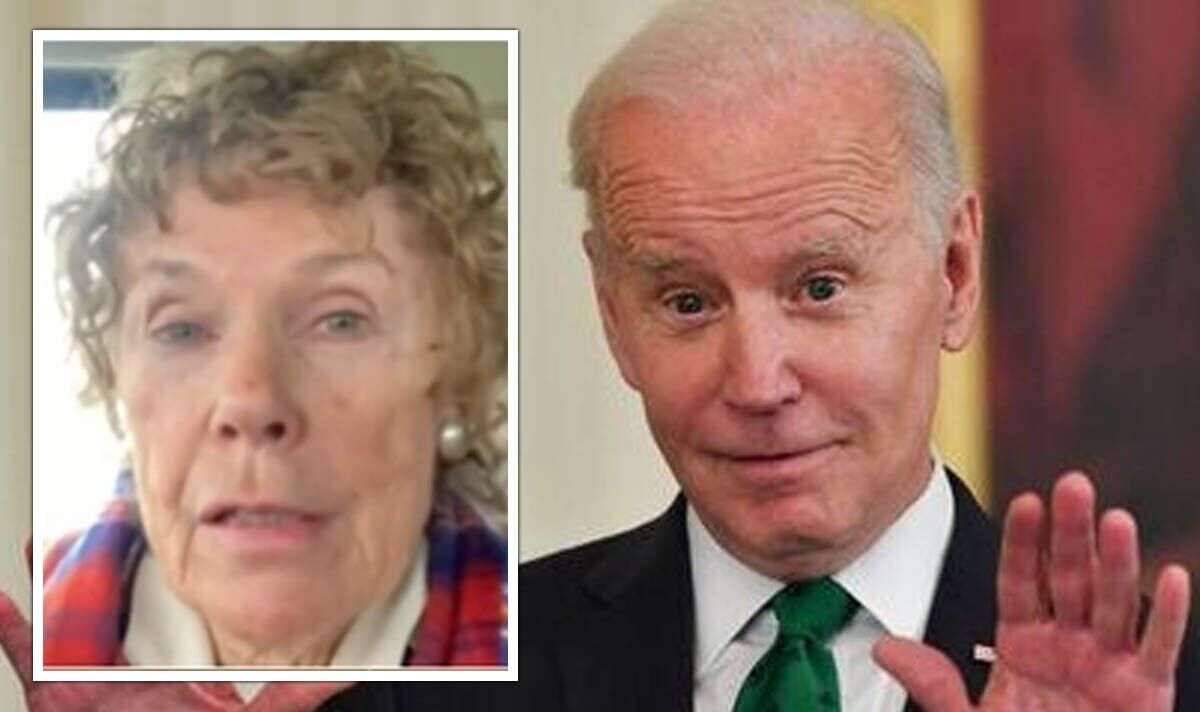 Kate Hoey has slammed President Joe Biden for “romanticising” Irish nationalism amid a spat between London and Washington over the Northern Ireland Protocol agreed between the UK and EU in the Brexit talks. President Biden, who is known to be proud of his Irish heritage, has taken a strong line against Boris Johnson’s Government renegotiating the terms of the Protocol despite concerns from Unionists in Northern Ireland.

Ms Hoey told TalkTV: “The problem with a lot of Americans and Biden, in particular, is this kind of fantasised idea of Irish nationalism rven though they have hardly been in Ireland or got ancestors.

So he has always taken the sort of Irish side, and I keep challenging him on Twitter, has he actually read the Belfast Good Friday Agreement.

“Because it’s amazing how many people go on about how important it is, we keep this agreement and they’ve never actually read it or they don’t understand how it’s been broken, how this is not helping any way to keep sustainable stability in Northern Ireland.

“So Biden should I mean, I just ignore him, frankly.”

Foreign Secretary Liz Truss has warned the EU that if it does not show the “requisite flexibility” over the Northern Ireland Protocol the UK will have “no choice but to act” alone.

Following a call with European Commission vice-president Maros Sefcovic, a Foreign Office spokesman said Ms Truss made clear that the UK’s “overriding priority” is to protect peace and stability in Northern Ireland.

She told Mr Sefcovic the protocol has become “the greatest obstacle” to forming a new Northern Ireland Executive.

Following last week’s elections to the Northern Ireland Assembly, the DUP is refusing to enter into a new power-sharing administration with Sinn Fein unless there are significant changes to the protocol which governs post-Brexit trading arrangements.

However, the Government has complained that the way it is being implemented is imposing a huge burden on businesses in Northern Ireland while leading to a renewal of sectarian tensions.

Ministers have repeatedly warned that they could unilaterally suspend the arrangements unless the EU agrees to major changes to reduce the impact.

“I haven’t been given clear timelines yet but given the statement that the Foreign Secretary has made, it is evident that the likelihood of agreement between the UK and the EU in the short term is remote and so I think it is incumbent now upon the Government to act and do so quickly,” he told media at the Balmoral Show in Co Antrim.

“It’s actions I want to see and not just words so we’ll be watching and listening very carefully to what the Government has to say, but in the end we will judge by what is done as much as what is said.”