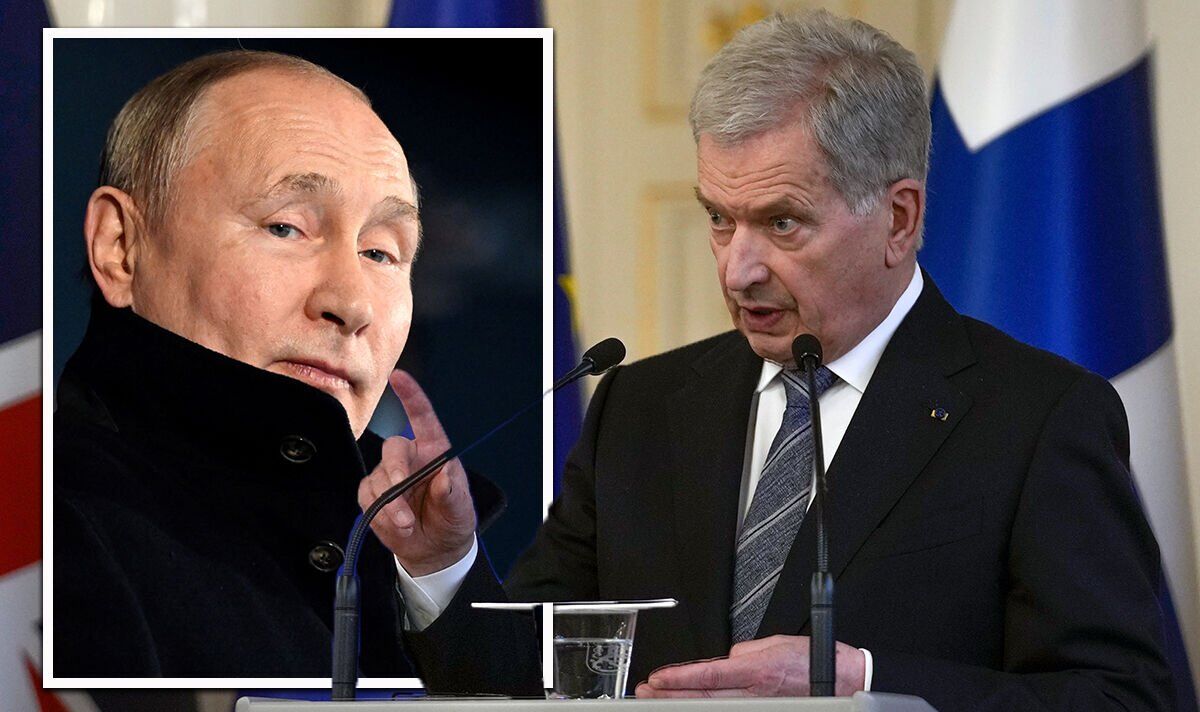 Despite remaining militarily neutral, Finland has always remained one of NATO’s closest allies. But, as the Russia–Ukraine war wages on and Russian President Vladimir Putin poses a wider threat to global security, Finland’s president and prime minister have now announced the country will apply to join NATO “without delay”. However, this decision has provoked a chilling response from Moscow, as Kremlin spokesperson Dmitry Peskov warned Russia would be forced to take “retaliatory measures”.

Accusing NATO of seeking to create “another flank for the military” to threaten the country, Mr Peskov said Helsinki should “be aware of its responsibility and the consequences of such a move” to join the treaty.

Mr Peskov said: “Russia will be forced to take retaliatory steps, both of a military-technical and other nature, in order to stop threats to its national security arising.”

“The expansion of NATO and the approach of the alliance to our borders does not make the world and our continent more stable and secure.”

He continued: “Everything will depend on how this process takes place, how far the military infrastructure moves towards our borders.”

What could these retaliatory measures include?

One retaliatory method is speculated that this decision might bear an impact on Finland’s gas supply from Russia.

Around 60 to 70 percent of gas used in Finland comes from Russia. On May 5, the Finnish government announced it was prepared for the possibility of Russia cutting its gas supply in response to its accession to NATO.

This is likely being due to Russian gas only amounting to around five percent of Finland’s total energy consumption. Oil, wood-based biomass, and nuclear power are their main sources of energy.

There are signs Russia has already increased focus on Finland and neighbouring country Sweden, which also seems to be leaning closer to NATO membership, with the several airspace violations reported in recent weeks.

There are also reports of a propaganda campaign in Moscow involving posters depicting Swedes in the public eye as Nazi sympathisers.

This was a similar tactic Putin used against Ukraine before launching its “special military operation” in February.

Finnish Prime Minister Sanna Marin is expected to establish its position on NATO membership on May 14.

Swedish Prime Minister Magdalena Andersson is thought to likely do the same the following day.

Support to join the alliance in Finland appears to be strong, however, positioning is less clear in Sweden, with only 50 percent of the population backing the move in national polls.

A number of politicians appear wedded to Sweden’s 200-year-long neutral stance, so whether this will be put aside is still unknown.

However, if both countries decide to opt-in for membership, the legislative process will begin – a process that NATO secretary-general Jens Stoltenberg said would be a “smooth and swift” accession.