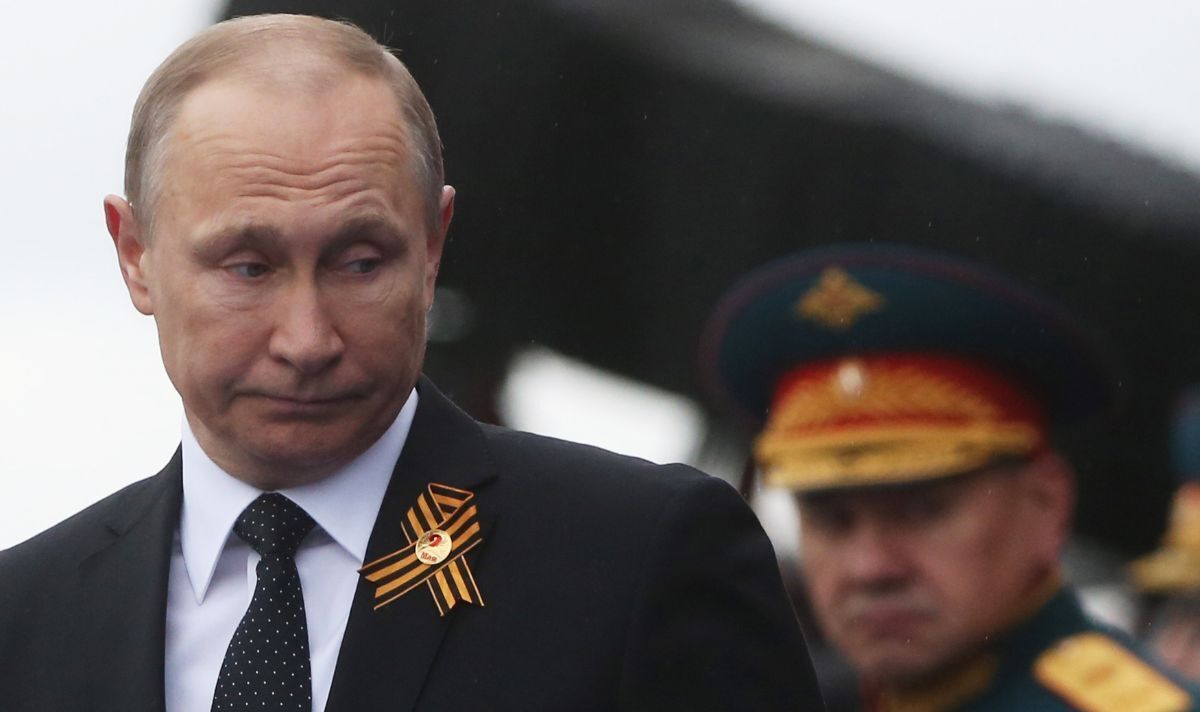 The boastful display of Russian military power in the Victory Day parade was overshadowed by the omission of Putin’s renowned Doomsday Plane.

CNN’s national security analyst, James Clapper, speculated the flyover of the famed aircraft could have been deliberately cancelled to prevent an escalation of international action against Russia.

Host Wolf Blitzer asked: “General Clapper, do you buy the explanation that the flyover was called off due to bad weather?

“No, I don’t,” declared the retired US Air Force general.

He continued: “I stayed up and watched the coverage of the parade last night and the weather looked pretty good, so that’s a little fishy.

“Pair the omission or lack of appearance of the so-called Doomsday aircraft with Putin’s speech, which to me was surprising more by what it omitted and its brevity.”

Mr Clapper suggested the appearance of the Doomsday Plane as part of the parade would have presented an undesirable international image of Russian forces.

Vladimir Putin has consistently proclaimed the Russian invasion of Ukraine is an attempt to free the country from facist control.

The Russian President continued to condemn the fabricated Ukrainian facism in his Victory Day speech as he addressed Russia’s ‘special military operation’.

The Doomsday Plane is an advanced piece of Russian Air Force technology.

The plane acts as an airborne command and control post, allowing military officials to organise the air force from the skies.

The Doomsday Plane is designed to withstand the force of a nuclear blast as the aircraft is heavily reinforced and void of passenger windows.

Vladimir Putin has already sparked fears of a nuclear attack as the President threatened severe retaliation against the international allies of Ukraine.