Skip to content
HomeWorldImran Khan, if Pakistan burns, you will have blood on your hands 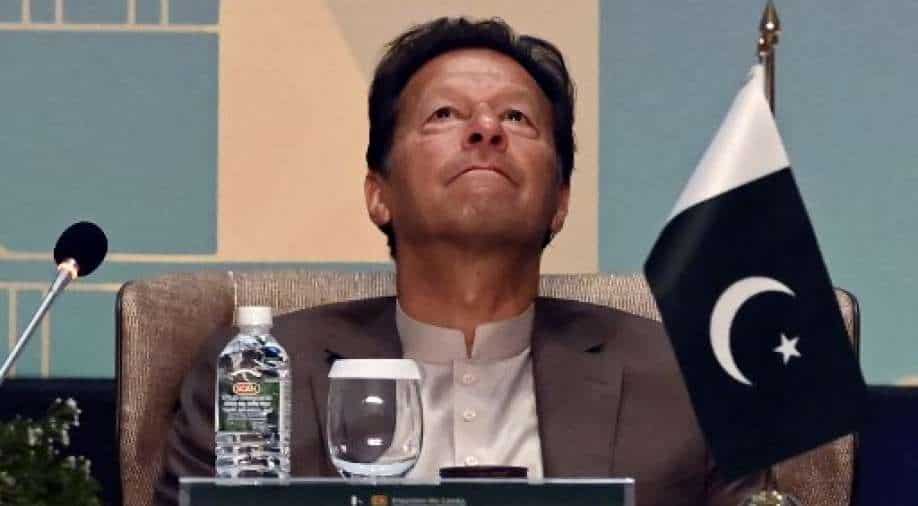 Imran Khan has asked his Pakistan Tehreek-e-Insaf followers to assemble in the capital for yet another rally when he gives the call.

Comparing himself to Mohammad Mosaddegh, the Iranian prime minister who was ousted in a Western conspiracy in the 1950s, he again claimed of having been a victim of a US-led plot.

By provoking his supporters to march to the Pakistani capital, several critics say, he is trying to take Pakistan down a very dangerous path.

Sample his quotes: “I want two million people to come to Islamabad when I give the call. I want all of you to go to the people and preach to them about our movement for true freedom.”

This is a translation, as reported by to Dawn news. One can’t help but note the religious undertones of his words. His tone has moved to the extremes in the days following his unceremonious ouster, which had made him the first Pakistani PM to be removed through a no-confidence vote.

Also read | ‘Im the dim’: How Pakistan PM Imran Khan turned out to be a terrible caricature of the champion cricketer

In the desperate days before the trust vote, he vaxed and waned on TV, tried to dilute the spirit of the Pakistan constitution. He attempted his best to even circumvent the Supreme Court’s order to convene the parliament and conduct the trust vote after failing to do so in the first instance.

He used state media machinery to essentially start an election campaign even before the trust vote. On the eve of the confidence motion, he appeared via PTV, and asked Pakistanis to take to the streets on that Sunday, a move unbecoming of a prime minister.

Watch | Gravitas Plus: The many shades of Imran Khan

Then, after much drama, PTI activists went to the streets indeed, having lost the trust vote on 10th April.

But there was on thing really remarkable about the whole drama: The lack of any significant political violence.

Bloodshed during political movements and protests is part of Pakistan’s tortuous tryst with democracy.

Former prime minister Benazir Bhutto was assassinated during an election campaign rally in December, 2007. Her father, Zulfikar Ali Bhutto, was tried for murdering a political opponent and hanged by the regime led by dictator Zia-ul-Haq who had deposed him in a coup at the height of violence caused by the then opposition’s allegations of election rigging. Most recently, the Tehreek-e-Labbaik Pakistan (TLP) protests of 2021 led to nearly 30 deaths.

But earlier this month, at one of the most dramatic upheavals in the country’s political history, there was an almost ‘peaceful’ transition of power.

In spite of fears, the Pakistan Army did not intervene, or make any provocative statements. May be the transition was what the army-intelligence establishment wanted and got.

May be the Pakistani people are more intelligent than the world gives them credit for.

May be they are just tired. Three years of Covid pandemic, inflation, financial crisis, unemployment and corruption may have left them numb.

But Imran Khan appears to want to change that. He wants some kind of ruckus. From the rambling, televised national addresses in the run-up to the no-trust vote, to the fiery speeches at PTI rallies, he is trying to rouse passions.

His calls are taking a sinister turn even abroad, with expatriate supporters taking out marches in the West. There was a noisy protest in front of exiled former PM Nawaz Sharif’s residence in London. And another in front of the house of Jemima Goldsmith, the former wife of Khan, who said it all felt like she was back in Lahore of the 1990s.

Shehbaz Sharif, the new PM, is no saint, let’s face it. Nor is his brother, Nawaz Sharif, who also lost his post as a consequence of a Supreme Court order in corruption cases including those linked to the Panama Papers leaks.

But the dangerous game that Imran Khan is playing now, can potentially cause far-reaching damage to the body politic.

His issue is with the fact that the poll body may have played a role in putting a spanner on his maneuvers to dissolve parliament and assemblies and call a fresh election before the no-trust vote was taken up. The election commission submitted to the SC that it would take at least six months to hold elections due to delimitation exercise and other logistical issues. Basically it meant there wouldn’t be a new National Assembly as soon as Khan had expected.

Now, he has gone all guns blazing against the election commission. It is an irony of history that this was the same poll body that was on his side and blamed by those who lost the election to PTI in 2018.

There were widespread allegations that the elections were rigged. It was incredulous for many that Khan would emerge as a national leader, let alone a prime minister, in a matter of less than a decade. While the cricketer-turned-politician did have support in some pockets thanks largely to his anti-corruption movement, his party had languished for years since its founding in 1996.

Therefore, the election of 2018 was seen as stage-managed by the army-intelligence complex to oust the Sharifs from power.

But since he took over, Khan made several missteps, and made damaging public remarks and quixotic stances on international affairs. These embarrassed the army, alienated several allies and eventually made his position as Pakistan PM untenable even as the country wallowed in a never-ending economic crisis.

Sample some of his ill-timed remarks and unbecoming actions: He showed disrespect to several Gulf monarchs and dignitaries in both actions and words, that breached protocol and caused outcry. He appeared to endorse cross-border terrorism in India and Afghanistan, calling Pakistan a victim of it and referring to terrorists as martyrs almost in the same breath. He antagonised the West with adverse comments on Pakistan’s post-9/11 support to the US-led war in Afghanistan and war on terrorism. He couldn’t dispel the notion that Pakistan intelligence and military had constantly supported Taliban terrorists. (it’s a different matter that suddenly, calling Taliban terrorists is politically incorrect as they now rule Afghanistan).

His government schooled Organisation of Islamic Cooperation on Kashmir issue, seeking a foreign ministers’ meeting on it and threatening to convene one in Pakistan if OIC didn’t.

He complicated relations with key Gulf allies by first endorsing, and later pulling out of an Islamic nations’ summit organized by Malaysia in 2019, which had unnerved Saudi Arabia and UAE, the real patriarchs of the Islamic political world, who are also the very hands that feeds Pakistan (yes literally, because at the time Khan was also desperately pleading for aid from them).

His remarks on French President Emanuel Macron’s defence of freedom of expression in the context of the Prophet Muhammad cartoon fanned the fires of radicals like TLP. They held protests wanting to get the French ambassador removed. For long an ardent critic of Islamophobia, Khan appeared to cave in to such extremist groups who bayed for blood of the French envoy.

His continued support of China, even publicly dismissing the alleged persecution of Uyghur Muslims by Pakistan’s ‘iron friend’, caused much unease in the US and the West.

And what probably became the nail on the metaphorical coffin was his visit to Russia and meeting with President Vladimir Putin, bang in the middle of the first days of Russian invasion of Ukraine.

And when he saw the ground beneath him crumbling, he suddenly raised the boogey of a foreign conspiracy to remove him.

It may or may not wash with the public. But that’s for them to decide, come election time.

Till then, Imran Khan needs to tone down his messiah complex.

He will have to give the megalomaniac in him a break.

Otherwise, that megalomaniac will provoke some sections of his party to violence.

And there will be blood.

And if Pakistan burns, Imran Khan will have blood on his hands.