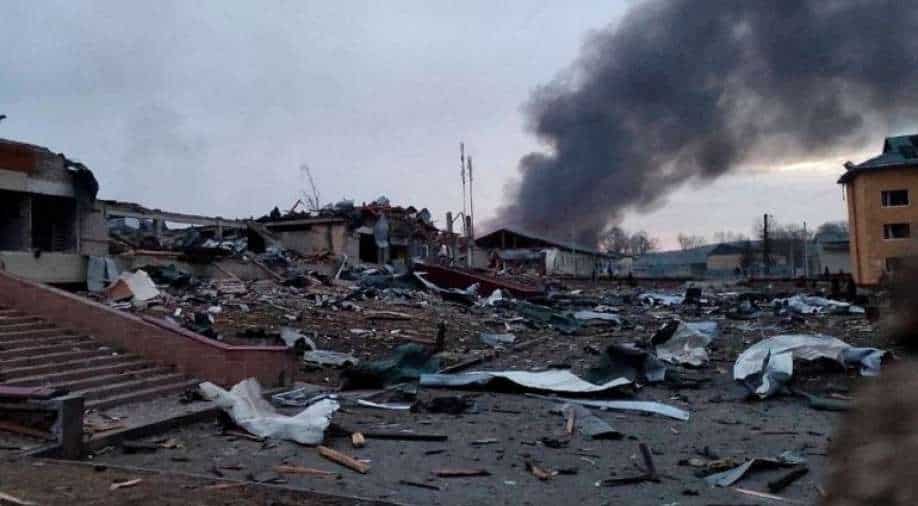 In a Russian missile strike, a runway of an airport in the southwestern port of Odesa has been damaged, making it unusable, the Ukrainian military said on Saturday.

“As a result of a missile attack in the Odesa region, the runway at Odesa airport was damaged. Its further use is impossible,” the Ukrainian military said.

This comes as Russian armed forces have claimed to hit 17 Ukrainian military facilities on Saturday.

The Russians said that they used high-precision missiles. They have also claimed to destroy a command post and a warehouse, which was used to store rockets and artillery.

During the day, air force strikes killed over 200 Ukrainian troops and destroyed 23 armoured vehicles, the defence ministry said in an online post.

It did not say anything about the attack on the Odesa airport.

Watch: Report by a think tank: US & EU import oil from Russia despite attack on Ukraine

Meanwhile, in remarks published on Russian foreign ministry’s website, Russian Foreign Minister Sergei Lavrov had said that lifting Western sanctions on Russia was a part of the talks. But it was denied by senior Ukrainian negotiator Mykhailo Podolyak.

A prisoner exchange was also held by Ukraine with Russia on Saturday. In it, seven soldiers and seven civilians came home, said deputy prime minister Iryna Vereshchuk in an online post. However, she did not say how many Russians were transferred.