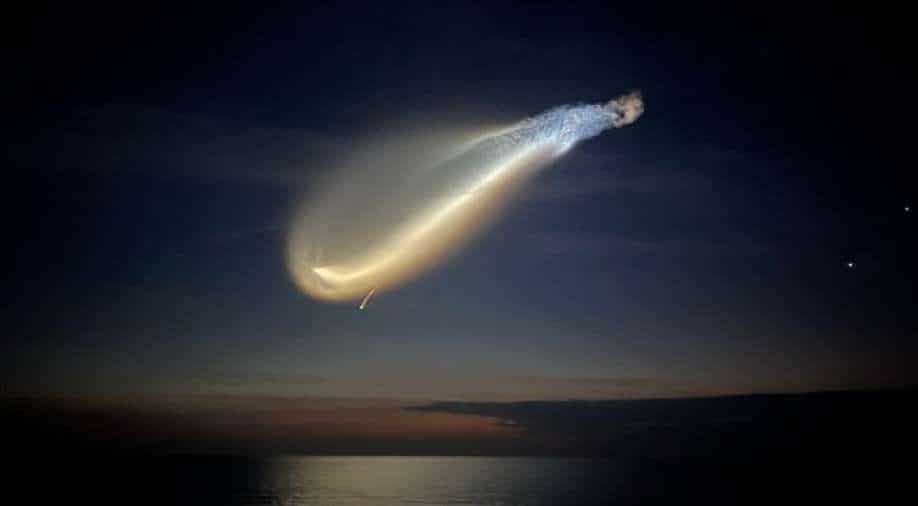 The residents of Florida were in for a visual treat when SpaceX launched 53 internet satellites, known as Starlinks satellite, into space.

The Falcon 9 rocket’s launch didn’t create any excitement per se, but the after effect of it that illuminated the sky mesmerised millions of people in the city.

On early Thursday morning, many witnessed a striking spectacle above—an ethereal cloud of illuminated gases that resembled a jellyfish.

It earned the moniker “space jellyfish” from the expanding gasses behind the rocket that created these eerie coloured clouds.

Explaining the phenomenon, SpaceX’s director of Dragon mission management Jessica Jenson told media, “Basically, what’s happening is, it’s still dark outside, but you have the sun illuminating the plume as it’s in space.”

Chris Combs, a professor of aerodynamics and mechanical engineering at the University of Texas at San Antonio, on Twitter wrote that it is a combination of physics and perfect timing.

Combs explained that the long, blobby “body” of the jellyfish is, simply, exhaust leaving the Falcon 9’s rocket engine nozzle.

The reason the exhaust takes on such a bulbous shape has to do with the pressure difference inside and outside the nozzle.

In this case, the exhaust leaving the nozzle is “under-expanded” – meaning the gas is at higher pressure than the ambient air around it as the exhaust leaves the engine’s nozzle, reports Live Science.

To match the ambient background pressure in the atmosphere, the rocket exhaust drops its own pressure by expanding as soon as it leaves the nozzle, he said.

“In under-expanded exhaust you get expansion fans at the nozzle exit to decrease pressure and match background: jellyfish, at high altitude.”

Now explaining the reason behind the glow, Comb said that it is purely because of the timing.

Since the rocket launch occurred in the pre-dawn hours of Thursday morning (around 5:45 a.m. local time), light from the sun came from just over the horizon, illuminating up the exhaust plume, causing it to glow brightly against the dark sky, he said.