Skip to content
HomeWorldKamala Harris slammed after attack on America’s ‘shameful’ history ‘Living under a rock!’ 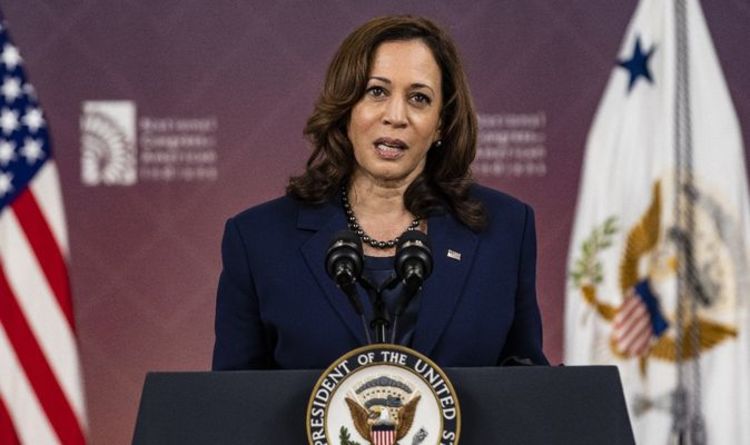 US Vice-President Kamala Harris has been called out by a former Democrat White House staff over a speech Ms Harris made attacking American history as “shameful.” Vice President made the controversial remarks during an address to the National Congress of American Indians on Tuesday in which she criticized “European explorers” for their treatment of the indigenous peoples of the Americas.

Ms Heineback told Sky News Australia: “The Vice-President has she been living under a rock most of her life!?

“I was always taught you don’t bite the end that feeds you.

“Her parents came here as immigrants.

“She had has more opportunity then most Americans get.

“She has watched and ground up, and her parents chose to bring their child up in a country that provides opportunity.

Vice-President Harris said on Tuesday that the European explorers who first landed on North American shores had “ushered in a wave of devastation for tribal nations, perpetrating violence, stealing land and spreading disease.”

“We must not shy away from this shameful past, and we must shed light on it and do everything we can to address the impact of the past on native communities today”, she told the National Congress of American Indians, the largest U.S. organization for native peoples.

She spoke the day after Columbus Day, which marks the landing of explorer Christopher Columbus, and the newly recognized Indigenous Peoples’ Day.

It comes as Ms Harris was been branded a “worrying figure” by Sky News Australia host Chris Kenny amid concerns the Vice President could be in line to take over the presidency from Biden before the next US election.

Host Chris Kenny told Sky News Australia: “If you, like me, you reckon the Vice President of the US Kamala Harris is a pretty worrying figure.

“Why? Well because she is pretty hard left or she would say pretty liberal.”