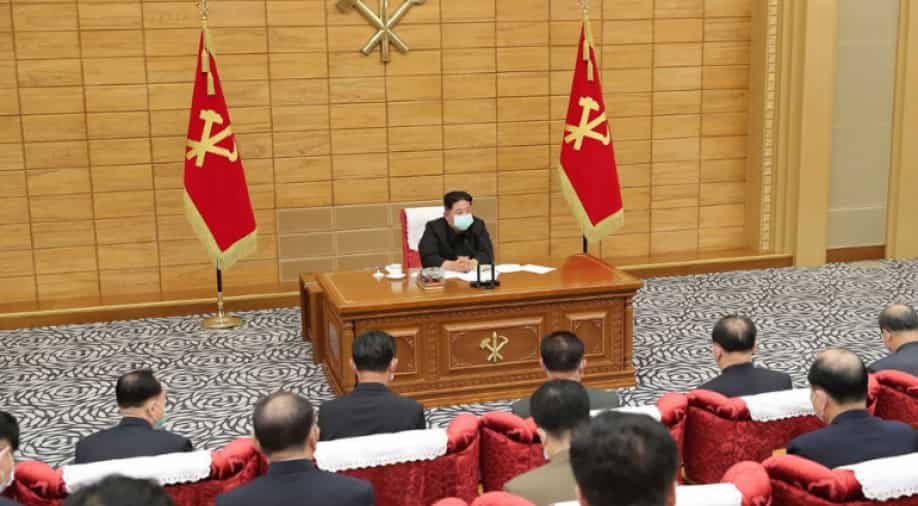 North Korean leader Kim Jong Un said on Saturday (May 14) that the COVID-19 outbreak in the country has it in “great turmoil”.

Kim has declared the ”gravest state of emergency” in the country according to the state news agency KCNA.

The cause of the deaths has been identified as negligence including drug overdose and lack of knowledge of scientific treatment methods.

While addressing an emergency meeting for the country’s ruling Workers’ Party, Kim said, “The spread of the malignant epidemic is a great turmoil to fall on our country since the founding.”

“But if we don’t lose focus in implementing epidemic policy and maintain strong organisation power and control based on single-minded unity of the party and the people and strengthen our epidemic battle, we can more than overcome the crisis,” he added.

He was seen wearing a mask for the first time after 174,440 new cases of fever were reported nationwide.

Health authorities have isolated 1,87,000 North Koreans into a “maximum emergency quarantine system”, with approximately 350,000 people estimated to be infected.

North Korea, which has a crumbling health system, did not claim any infections for more than two years since the start of the pandemic.

Experts have raised concerns that the numbers released probably represent a small fraction of total infections.

They believe that due to North Korea’s limited testing capabilities, thousands of deaths in one of only two countries without an inoculation campaign.

The country does have a sound medical system and lacks essential medicines and equipment due to which it is considered one of the worst in the world.