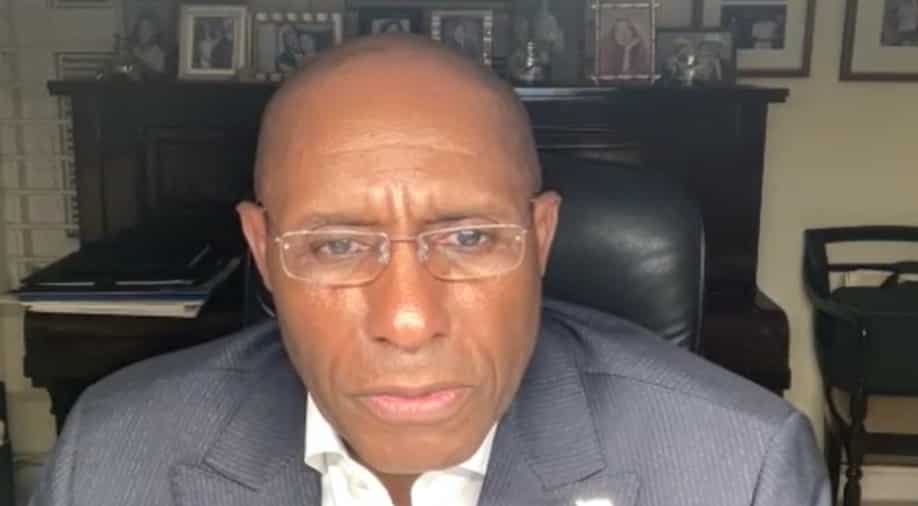 Jamaica’s Minister of Industry, Investment and Commerce Aubyn Hill has said that his country can look to get wheat and fertilizer from India. His comments come in the wake of global supply snarls that was sparked following the Russian-Ukraine war, putting global food security at risk.

Speaking to WION’s Principal Diplomatic Correspondent Sidhant Sibal, Hill said, “Fertilizer is something we will be looking at. But in fact, as this relationship develops, we might be also looking at wheat from India and those are the kind of discussions we going to have a war between Ukraine and Russia plays out.”

He was speaking ahead of Indian President Ram Nath Kovind’s one-week visit to his country.

The Indian president will visit Jamaica and St. Vincent and Grenadines from May 15 to 21.

This is the first visit by the Head of State of India to these two countries and is reflective of India’s commitment to the CARICOM or the Caribbean community.

Inviting the Indian investors, the minister said, “Would like to see trading ties between India and us increase, as we build infrastructure. I would like to see a lot more Indian contractors working with us in Jamaica”.

Here are some excerpts

WION: How do you see the visit of the Indian president to Jamaica?

Aubyn Hill: It is extremely important to all of us in the government, and I can say to most Jamaicans, it is historical. President Kovind will be welcomed, I can’t recall an Indian president coming here. It was indeed my pleasure a couple of years back when I handed my credentials to President Kovind in Delhi, when I served as Jamaica’s High Commissioner to India, a non-resident high commissioner.

We are all very pleased and happy to have him in Jamaica—a country that has very strong ties with India. We have an important Indian minority in Jamaica. Apart from that, we have also cultural, sports and historical ties through the commonwealth. We are very pleased to welcome him.

WION: The visit will see him giving cricket kits, naming of one of the streets in the name of Dr Ambedkar

Aubyn Hill: Your constitutional star Dr Ambedkar will be honoured in Jamaica while President Kovind is here. We are naming a street which happens to be just south of our Supreme Court building, which is absolutely right given the role that Dr Ambedkar has played in writing of your constitution. Such a fine Constitution. We are very pleased that a street will be named after him. The president will be speaking at the lower house of Parliament, where the upper house of the senate will also be invited. So effectively, he will be speaking to the joint session of the Parliament, which is unusual. It is an honour we give to a very few, and we are very pleased that President Kovind will receive this honour. I will be certainly there, listening to him when he addresses our Parliament next week.

WION: How do you see the ties between India and Caricom?

Aubyn Hill: In recent years, PM Modi has been very careful and courteous in meeting not only my prime minister but also the prime ministers of CARICOM. India’s influence across the CARICOM is very strong and important. We have a population which is of Indian descent. Same in Guyana, across the Caribbean. That has been the case. Of course, we have cultural ties that communities bring. Cricket has tied us together and we know India is technically and realistically the largest economy in the commonwealth. Commonwealth is important because of the BREXIT. India is the largest democracy, and we all admire it. So, the Indian influence across the Caribbean in Jamaica is very important and we look forward to these relationships growing stronger as we seek to reignite the effect of the commonwealth.

WION: How do you see the visit strengthening the relationship, especially with regard to the people-to-people ties?

Aubyn Hill: The time is coming when soon the exchanges between India and Jamaica and other CARICOM countries will strengthen. And as India takes on a more important role, not only in the commonwealth but across the world, we will expect to see stronger trading ties. Trade is very important, and we have to make sure that the ties increase. Our people can offer services on the internet without not even leaving the country. We are looking for ways and means to increase the trade and people-to-people arrangements will strengthen between India and Jamaica and CARICOM.

WION: You are the commerce minister, are you looking at FTA between India and Jamaica or India or the Caribbean region.

Aubyn Hill: You know, I am looking at that kind of arrangement between India and Jamaica. We are the most important political-economic country in the CARICOM region. All of us know that. We would like to see trading ties between India and us increase, as we build infrastructure. I would like to see a lot more Indian contractors working in Jamaica. Of course, EXIM bank is a source of finance. When contractors from India come here, EXIM bank would usually follow them. Jamaica’s special economic zone is a place where Indian investors can put up their logistics hub not just to serve the Caribbean and Latin America, but also the largest economy—the US. It is easy to trade from Jamaica.

We have English law, which gives great comfort to investors. We speak English and India is the largest English-speaking country in the world, given the population. So, we have that in common. Apart from that, there is proximity to the US; a free currency market, as we have no currency restrictions.  We have the largest English-speaking population, so there are good reasons why Jamaica should be looked at by Indian investors as a logistics hub, for the Caribbean and Latin America and indeed North America as well.

WION: Are you looking for wheat support from India amid the Russia-Ukraine crisis?

Aubyn Hill: Well, I have noticed that Egypt immediately turned to India to buy a billion worth of wheat because of the Ukraine -Russia war. We are not in that stage yet, but fertilizer is something we will be looking at. In fact, as this relationship develops, we might be also looking for wheat from India and those are the kind of discussions we going to have as the war between Ukraine and Russia plays out and we see how trading and supply arrangement fall out. We want to make sure our relationship with India not only gets strong but also becomes even more efficient and effective in serving both countries, especially ours.

WION: Jamaican foreign minister has put here candidature for the secretary-general of the commonwealth. What do you expect from India?

Aubyn Hill: I could not recommend a more capable candidate. All of us in Jamaica are behind her, PM is going to Kigali where the next CHOGAM is going to take place. And Foreign Minister Kamina J Smith is extremely well suited. She has chaired many international conferences—CARICOM and others—worked at the UN also. She is a well-trained lawyer, a top-class diplomat and one who is extremely agreeable and yet very clear in her ability to lead. We recommend her, she knows your foreign minister (Jaishankar) very well. We are expecting that we will get support from a very big country in Asia, and I certainly have worked with her for a long time and have the highest respect for her intellect, capacity and her intelligence at forging solutions and positing Jamaica in the last seven years. I highly recommend her to Jamaica.