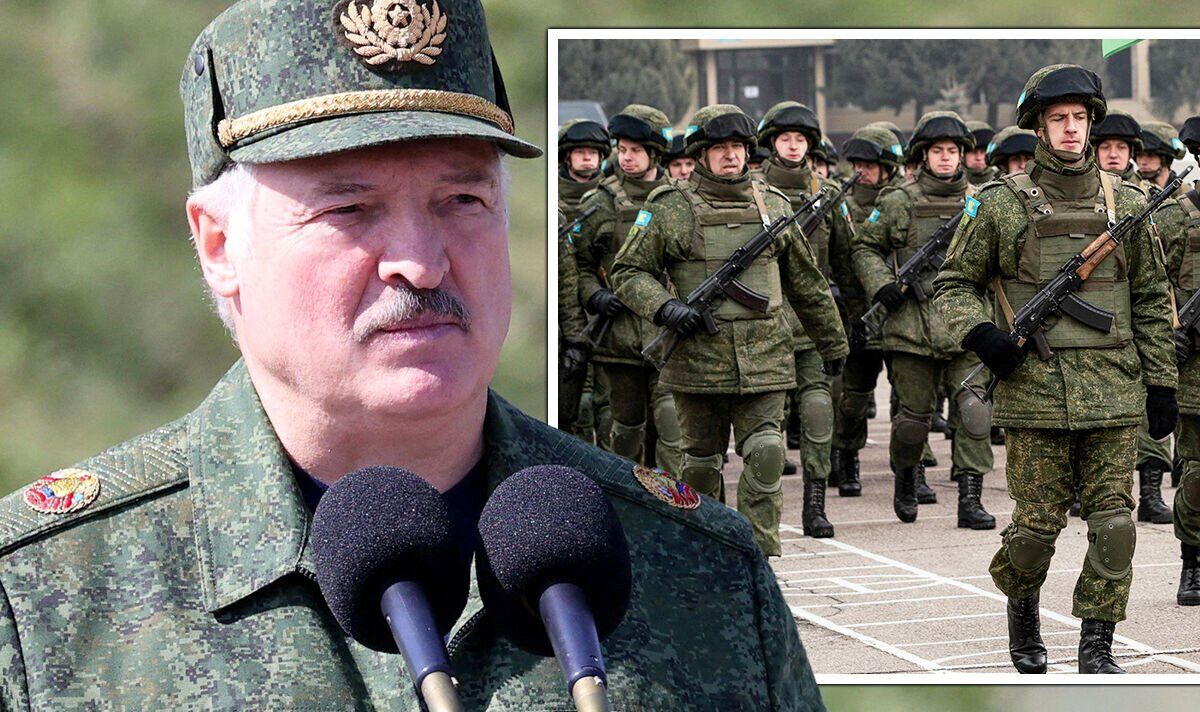 Command and staff military drills involving Belarusian territorial troops began in the Gomel region of Belarus yesterday (Tuesday), and will finish tomorrow (Thursday). The exercises are designed to assess the readiness of troops to perform training and combat tasks, as well as improving the skills of reserve officers in working at command posts. The Belarusian defence ministry has said that during these drills, troops will practice guarding and defending a territorial defence facility, while also serving at checkpoints in times of martial law.

In late May, the defence ministry announced that on the orders of Lukashenko, a “people’s militia” would be created and on June 7, the Belarusian army began “combat readiness” exercises.

Ukraine intelligence has claimed the controversial dictator’s regime has also begun training on “the transition from peacetime to wartime”.

Lukashenko recently reaffirmed his support of Vladimir Putin‘s war effort in Ukraine, stating Minsk supported and “will continue to support Russia” in its “fight against Nazism”, while also emphasising Belarus would “remain together with fraternal Russia”.

UK intelligence believes the Belarusian leader is weighing up supporting Russia in the war against the desire to avoid direct military involvement in the escalating conflict.

This would carry huge risk for Belarus with the likelihood of crippling Western sanctions, Ukrainian retaliation, and possible discontent in the Belarusian Armed Forces.

Last month, Ukrainian President Volodymyr Zelensky played down the risks of another invasion of Ukraine from Belarus are minimal, but warned Ukraine continues to be on its guard at all times.

But despite this, Lukashenko has regularly threatened to directly intervene in Russia’s war with its neighbour, stating Belarus “will have to fight for the western regions of Ukraine”.

He said “what is happening in Ukraine is only the beginning” and allegedly “one of the elements of a major reshaping of the world”.

Ukrainian officials have also been reporting that Russia could be preparing preparing provocations to draw Belarus into its war against Ukraine.

Belarus may not have a direct involvement in the conflict, but its territory was used as a springboard for the Russian military’s offensive and equipment into northern Ukraine just a matter of weeks ago.

Russia has so far launched numerous missiles into Ukraine from Belarusian territory, while a host of rocket launchers are placed on the territory of the Republic of Belarus.

Russian fighter jets have been launching missiles towards Ukraine from Belarusian airspace, with Russia using airfields in Belarus to station much of its military aircraft.

Lukashenko is also facing the prospect of a huge military revolt amid growing concerns among his officer corps over Mink’s alignment with Russia and its backing for the war in Ukraine.

“According to this Clause, the Belarus Republic maintains supremacy and full authority on its own territory.

“It also enjoys independence over its internal and foreign politics.”

They continued: “Russia’s occupation of the internationally recognised territory of Ukraine, which is friend of our state, and its attempt to pull Belarus into a completely unprovoked war against a sovereign state can only be seen as the destruction of the sovereignty of Belarus.

“By entering the war against Ukraine, Belarus will be evicted from the community of civilised states and will be an international outcast for many years to come.

“To join Russia in its fight against Ukraine would be an act of pure suicide.”