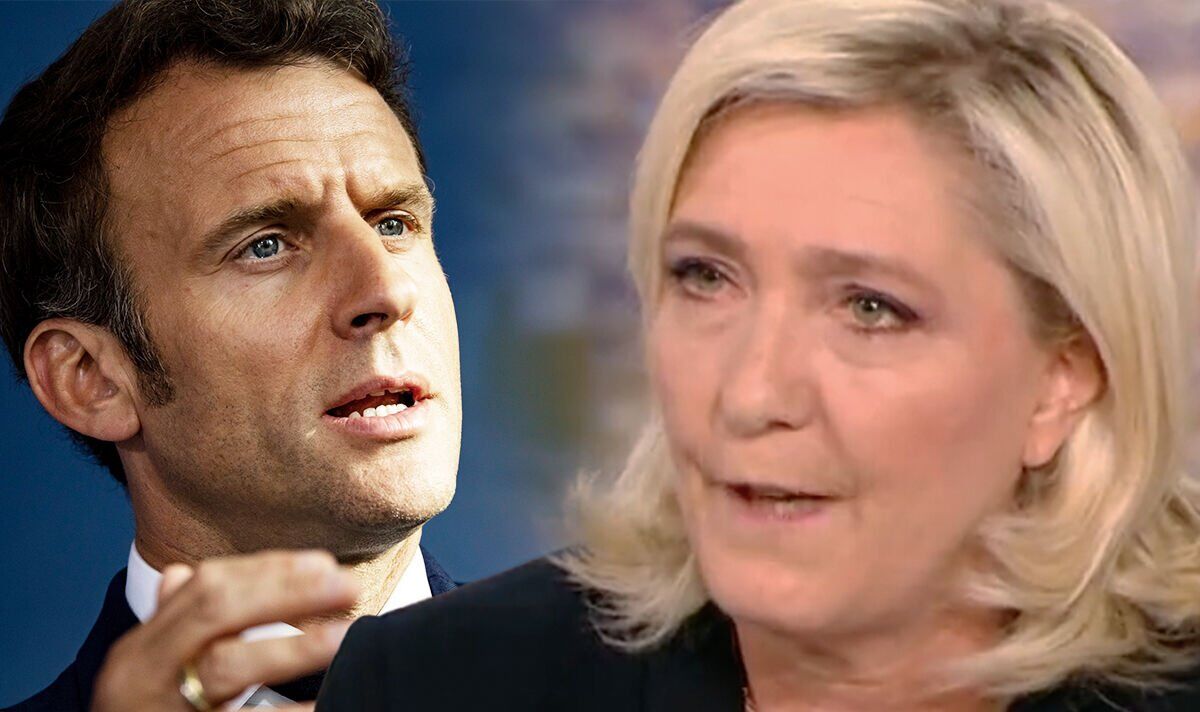 Emmanuel Macron’s rival in the French presidential election Marine Le Pen has been absent from the campaign trail ahead of the parliamentary election. While she considerably narrowed the gap with Emmanuel Macron, the far-right leader lost the election with 41 percent of the votes – a much better result than the 33 percent of the votes she got in 2017 against President Macron himself. Now, in her first interview since her defeat, Marine Le Pen took direct aim at Emmanuel Macron, sounding alarm bells around his new mandate.

Speaking to French broadcaster TF1, Ms Le Pen slammed: “No, I don’t give him a chance because I know Emmanuel Macron.

“I think that when you have lived through five years of Emmanuel Macron, you know that the next five years will be even worse.

“And moreover, Madame Touraine said so, she told him on the day of his investiture: now you have a free hand. You’re going to be able to do what you want.”

Emmanuel Macron delivered a speech at the Elysée Palace in Paris on May 7 during his investiture ceremony where he promised a “stronger France”. He also called on the French people to trust him for the next five years in his plan to avoid further escalation in Ukraine and to rebuild peace in Europe.

Marine Le Pen is correct in saying the former Health minister Marisol Touraine said verbatim: “Now you have a free hand. You’re going to be able to do what you want.”

“Well, the role of a firm, effective, convinced opposition is to prevent the President of the Republic from doing precisely what he wants,” said Ms Le Pen.

Ms Le Pen continued: “Because what he wants is going to be very harmful to the French.

“Not only the working class, but also the middle classes, the whole of France which works, and which is always paying and never gets anything.”

During her presidential campaign, Marine Le Pen ran on the promise to get the French their money back and to address the cost-of-living crisis induced by inflation.

As she was rising in the polls in the weeks leading up to the election, many Macron allies tried to stem that rise by attacking her and her programme on French media.

Ms Le Pen was criticised for hiding her unclear agenda behind referendums and that her EU agenda concealed Frexit.

Now heading to the parliamentary elections, she is poised to lose again according to polls.

“We have been in a very constructive opposition”, Ms Le Pen added. “For five years, we have tabled a lot of amendments, and from time to time we have even voted for things that went in the right direction.”

According to polls, Marine Le Pen’s National Rally party will win between 20 and 40 seats of the National Assembly’s 577 seats. Her party currently has seven seats.