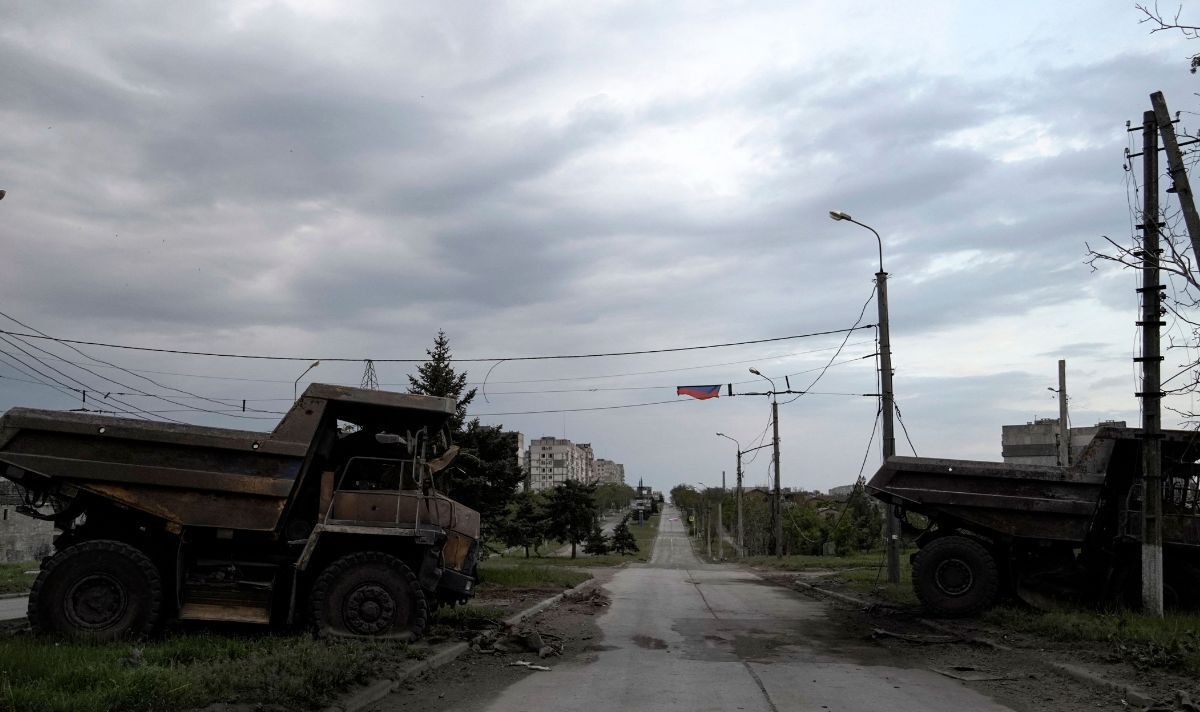 Russia’s forces are intensifying attacks on Ukraine’s port city of Mariupol in what experts say is a bid to create a land corridor between the Crimea and the Donbas regions. By occupying that city, Vladimir Putin‘s alleged plan is to secure the south and the east of Ukraine. Images emerging from the war scenes not only show buildings heavily bombed but also civilians cleaning the streets.

According to Human Resources Manager of Mariupol’s Azovstal steel plant, Russian troops are turning the city into a concentration camp.

Manager Ivan Goltvenko told French broadcaster LCI: “We have the information that the conditions in which people are placed are putting pressure on people to leave for the territory of Russia.

“But even the people who remain in Mariupol today, you could see how they had to clean the streets.

“The Russian soldiers flanked them with rifles in their hands and if these inhabitants wanted to eat, they had to work to get food.

“So, Mariupol turns into a kind of concentration camp. Under the orders of the Russian soldiers, people are forced to work to eat in exchange for food.”

Hundreds of Ukrainian soldiers are reportedly fighting Russian forces in the Azovstal steel plant after days of bombardment and shelling.

Ukraine’s authorities say elderly people, children and women previously hiding in the plant have now been rescued in a mission led by the UN and the Red Cross. But at least 100 civilians are thought to remain in Azovstal steelworks, while fighting is ongoing.

The US Director of Intelligence Avril Haines has said that Vladimir Putin is preparing for a months-long war in Ukraine that might not end in Donbas.

Putin originally targeted Ukraine’s eastern region of Donbas in an effort to de-nazify the region and protect Russians against Ukrainians, he said in a speech before launching what he called the “peacekeeping operations.”

Ms Hained told the US Senate: “We assess President Putin is preparing for a prolonged conflict in Ukraine during which he still intends to achieve goals beyond the Donbas.”

After recognising the independence of Donbas’s two provinces of Donetsk and Luhansk, he sent forces to restore peace in the war-torn region that has seen fighting between Ukrainian forces and Russian-backed separatists since 2014.

“We assess that Putin’s strategic goals have probably not changed, suggesting he regards the decision in late March to refocus Russian forces on the Donbas is only a temporary shift to regain initiative”, Ms Haines said.