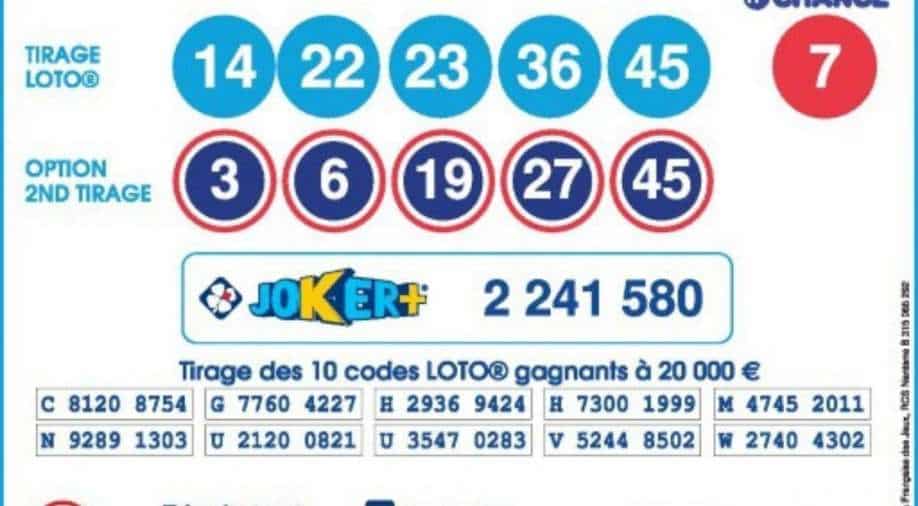 A married couple from western England were revealed Thursday as Britain’s biggest-ever lottery winners after scooping a jackpot of nearly £185 million ($230 million, 218 million euros) in the EuroMillions draw.

Joe and Jess Thwaite, from Gloucester, called the unprecedented win “huge for us” as they claimed the record-breaking sum of £184,262,899 with a ticket of randomly selected numbers earlier this month.

“It was amazing but also surreal,” said Joe, 49, who works at a communications company, at a press conference with his wife as they recounted the momentous moment they discovered online their May 10 win.

Also read | ‘Put trash in its place’: This is why an environmental activist is wearing trash in posh LA

The early-riser somehow contained his excitement enough to let his wife keep sleeping until her alarm sounded — and then relayed the news.

“He was like, ‘I’ve got a secret to tell you’,” recalled Jess, 44. “I was like ‘don’t be stupid!,” she said, adding they initially thought it was a joke and “obviously wrong”.

The couple, like many other Britons, have been struggling through the country’s growing cost-of-living crisis and plan to share their newly-amassed fortune with friends and family.

“Even though it’s wonderful and exciting, it’s also a massive relief for everybody that’s been struggling with all their bills.

“We’re like every normal family… so it’s just a huge relief.”

Joe said the blockbuster win meant they had been enjoying simple pleasures like hot water without worrying about the costs, amid the spiralling energy prices hitting Britain.

“I did put the immersion heater on the other day and heated up the hot water and just thought that’s fine, whereas in the past these are the sorts of things you just didn’t do,” he added.

Beyond that, the immediate Thwaite family — which comprises two primary school-aged children and a host of pets including horses, ponies, dogs and even geckos — are planning a rare family holiday and likely a new car purchase.

“We never go on holiday,” said Jess. “So our kids would just die to go to the sun and do that kind of thing,” she added, noting one favoured Hawaii while the other wanted to go to a Texas horse ranch.

The Thwaite’s jackpot sets a new record in Britain and is the second-largest in the history of EuroMillions, which is played in the territories of nine European countries.

Last October saw an unprecedented 220-million-euro jackpot claimed by an undisclosed woman — who had never previously played the game — on the Pacific island of Tahiti, which is part of French Polynesia.