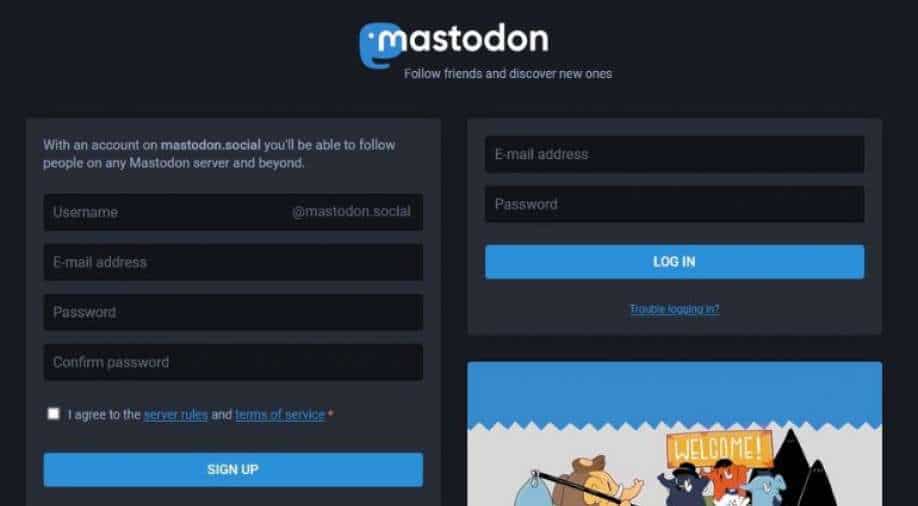 The ‘alternative social media network’ apparently gained over 176,000 new users in the week following the news of the acquisition.

Mastodon, dubbed an open-source, distributed, or federated social network, allows users to construct their own networks or ‘instances,’ effectively giving them access and ownership of their data.

Users can choose which instance they wish to be a part of based on whatever policies best match their expectations from the social networking platform.

However, even if you are a member of one instance, you can communicate with users from different instances.

This is meant to provide users the freedom to choose which instance’s regulations they like while still giving them access to a larger social network.

Mastodon social is the service’s main server, which is hosted by Mastodon gGmbH, a non-profit supported by Patreon donations.

However, there are other alternative servers to choose from.

Unless the other servers are filtered, limited, or suspended by the server you are on, joining one server usually allows you to speak with users from most other servers. A server may take these steps for a variety of reasons.

How does one become a Mastodon member?

Mastodon is generally free to use. To get started with Mastodon, go to Mastodon’s Communities page and choose a community to join. Some instances allow anyone to join, while others require you to obtain an invitation to the server, which must be approved by an administrator.

Mastodon social is now the most popular instance, but there are many more to select from that specialise on other types of topic matter (for example, technology or gaming) or geographical interests.

Click “Request Invite” or “Join” when you find the one you wish to join.

Then create a username and password using your email address.

You may log in to the instance’s domain name after confirming your email and receiving any necessary approval from the instance’s administrators, and you’ll be microblogging in no time.