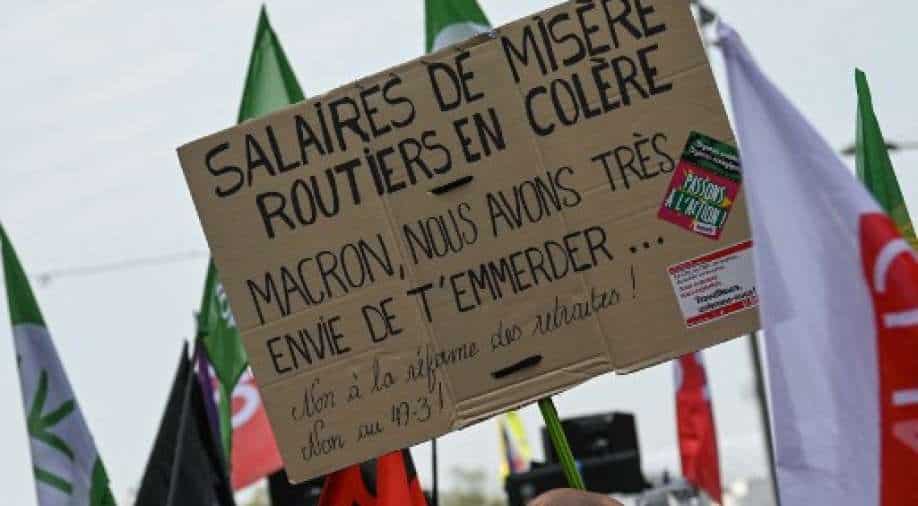 The protesters called for a salary increase while demanding the newly-elected president drop plans to raise the retirement age.

The French interior minister Gerald Darmanin said at least 29 people were arrested during the protests. Clashes took place between the police and protesters at La Republique Square, reports said.

A McDonald’s restaurant was reportedly ransacked. Police said firefighters were attacked even as rallies were organised in key cities including  Marseille, Nantes, Lille and Toulouse.

The protesters carried banners which said “retirement at 60, freeze prices” and  “retirement before arthritis” during anti-government demonstrations.

Macron was attacked with tomatoes earlier this week during his first public appearance after his re-election victory.

Last year, the French president was slapped in the face while he was greeting locals. Macron is set to name a new prime minister and government as he begins his second term as president.