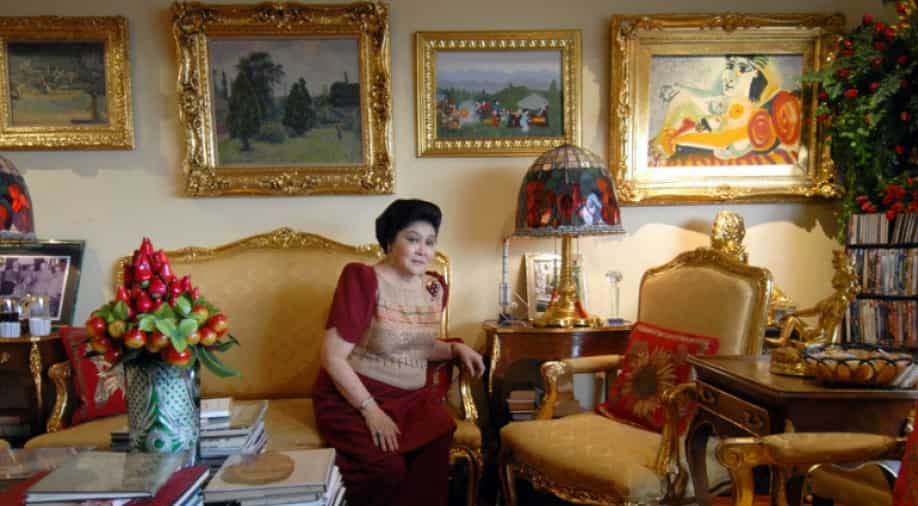 A painting by the world’s most famous artist Picasso, which was considered missing, has been spotted inside the house of former dictator Ferdinand Marcos’s wife Imelda.

The painting, called Femme Couche VI (Reclining Woman VI) was seen above the sofa Imelda was sitting on in her apartment according to footage released in a documentary about the Marcos family called ‘The Kingmaker’.

It comes after her son Ferdinand Marcos Junior won the Philippines presidential election a few days ago.

The incident has triggered a flurry of speculation with concerns that Marcos’s flamboyant wife Imelda, and their cronies are estimated to have stolen as much as $10 billion from state coffers during his 20-year rule.

From Manila to New York, the Marcos family had stashed cash in foreign bank accounts or ploughed into art masterpieces, jewellery fit for royalty, thousands of shoes, and real estate.

Marcos Jr. will now be overseeing the hunt for tracking down the loot which was earlier being done by the Presidential Commission on Good Government (PCGG).

Activists fear that nearly 40 years after the Philippines began hunting for the billions of dollars plundered during the former dictator’s regime, his son will use his power to recover the ill-gotten wealth.

In the past 36 years, the PCGG, which is based in a drab building seized from a Marcos crony on a busy highway in Manila, has recovered 266 billion pesos ($5 billion) in cash and assets.

Funds returned to the government have been largely used for land reform and compensation for the victims of Marcos-era human rights abuses.

According to Andres Bautista, who was PCGG chairman from 2010 to 2015, over 300 pieces of art by masters such as Picasso and Michelangelo were purchased by the Marcoses with stolen funds.