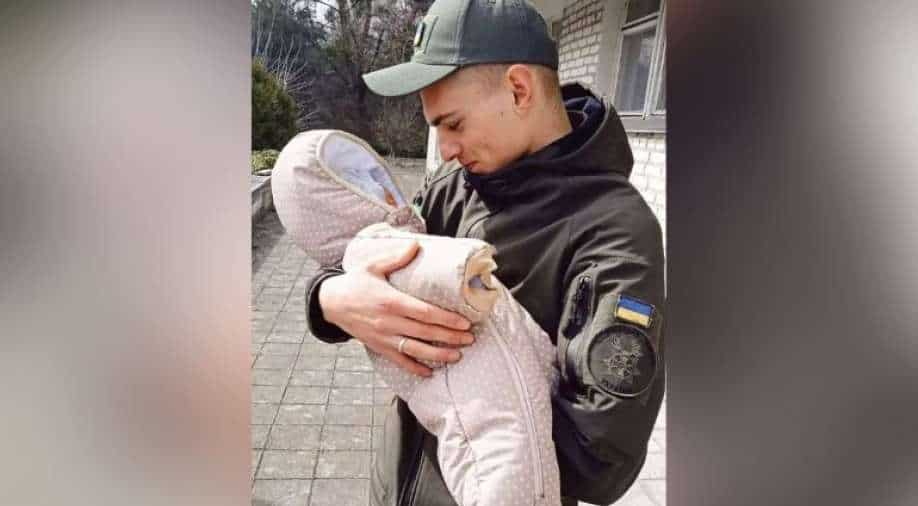 Even as the conflict escalates, a heart-warming message along with a photograph was shared by the foreign ministry of Ukraine on Twitter.

The message was about a young soldier holding his new-born baby in his arms for the first time. It had the caption “Life will prevail.”

According to the post, the baby was born in March when the soldier, Guardsman Maksym, was busy fighting the invading armies of Russia.

The soldier was not able to see the child until recently, the foreign ministry said. The war-torn nation has been suffering in many ways since Russia invaded it.

“Guardsman Maksym became a father in March. From that moment on, he did not see his son and only recently took him in his arms for the first time. National Guard of #Ukraine. #StandWithUkraine️ #StandUpForUkraine #LifeWillPrevail (sic.),” the Ukrainian foreign ministry wrote while sharing the picture of the father-son duo.

This comes as a long-awaited evacuation of civilians from a besieged steel plant in Mariupol, Ukraine, began, with US House Speaker Nancy Pelosi stating that she had spoken with Ukraine’s president to emphasise unflinching US support for the country’s defence against Russia’s invasion.

Elderly ladies and mothers with little children were supported as they climbed a steep mound of wreckage from the massive Azovstal steel plant’s collapse and boarded a bus, according to a video uploaded online by Ukrainian forces.

According to Ukrainian President Volodymyr Zelensky, more than 100 civilians, including women and children, are expected to arrive in the Ukrainian-controlled city of Zaporizhzhia on Monday.