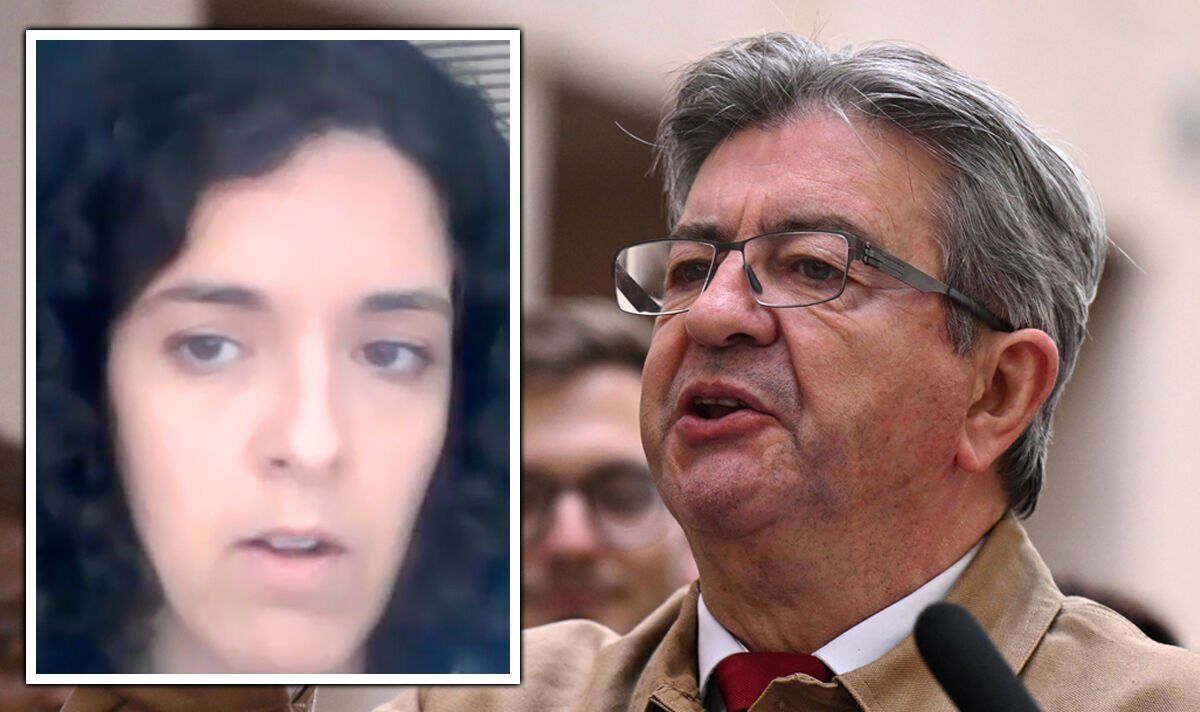 In an interview with Express.co.uk, MEP Manon Aubry has defended the Eurosceptic agenda of Emmanuel Macron’s main opposition rival Jean-Luc Mélenchon in what could be tight parliamentary elections. Far-left Mélenchon’s coalition has been polling ahead of incumbent President Macron, raising fears among Emmanuel Macron’s allies who have multiplied attacks against the far-left frontrunner – especially on his European Union agenda. Some have said it would inevitably lead to Frexit and destroy the European Union. Brushing accusations aside, Manon Aubry says disobeying EU rules is the only way for far-left Mr Mélenchon to fulfil his social agenda.

MEP Aubry told Express.co.uk: “We think that we must disobey these (European) rules when and only when they are in contradiction with our programme and our proposals.

“And that’s why we say very clearly that on these rules not as an end but rather as a means, we must not respect them.

“And in fact, this is a practice that is extremely common in the European Union.”

“Germany fought a battle, a power struggle and did not respect one of the rules of privatisation of drinking water management and then got a change for all.

“Recently, Spain intervened on energy prices to lower energy prices, which again violates competition law and has resulted in a structural change at the European level.”

Far-left Jean-Luc Mélenchon has become the main opposition figure to re-elected President Macron in France’s parliamentary race. Mr Mélenchon and his allies have pulled off a four-party, left-wing coalition that could see off Emmanuel Macron’s coalition. If his coalition wins, Mr Mélenchon could force President Macron to appoint him – or one of his party’s members – as Prime Minister and block his agenda.

“So, we have a very clear principle: we will respect these progressive standards – and there are some at the European level – but we have a principle of non-regression in social and ecological terms”, MEP Aubry said.

“So whenever European standards lead us to reduce our social and ecological protection, we will assume that we will not respect them.”

The French parliamentary elections are set to take place on June 12 and 19.