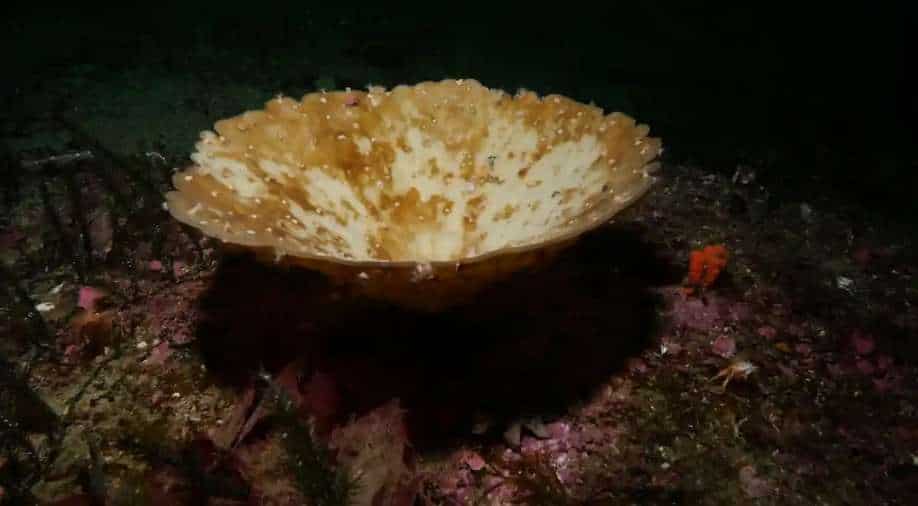 Last month, researchers found sea sponges bleached for the first time ever off the country’s southern coastline. They warned that the issue could rapidly become widespread, reports The Guardian.

Scientists have dubbed it an “alarming” development, saying that it highlights the climate crisis the world is facing.

Sea sponges are marine animals that have been around for about 600 million years. Their skeletons are dense and porous, and they adapt well to their particular habitat, attaching themselves to different types of surfaces, from rocks and corals to soft sediments, like mud and sand. They have even been known to fasten themselves to floating debris, according to the National Ocean Service.

Sponge gardens play a key role in marine ecosystems by creating habitats for fish and releasing carbon that other species feed on.

“As far as we’re aware, it’s the largest scale and largest number of sponges bleached in one event that’s been reported anywhere in the world… certainly in cold waters,” said James Bell, marine ecologist and professor at Victoria University of Wellington, as reported by The Guardian.

Bleaching does not necessarily mean the death of sponges per say, rather it evicts those organisms that dwell within them after they struggle to get food through photosynthesis, denying nutrients and reducing their defences. As a result, the sponges turn completely white.

Bell said that while some species can recover from severe bleaching, others do not.

She said that at least millions of sponges have been bleached in those environments, “maybe even tens of millions – this is one of the most abundant sponges in Fiordland and so it’s a really wide-scale event.”

Till last month, such bleaching had never been seen before in New Zealand, and there were few reports of it happening in cold waters internationally.

Bell said initial experiments confirmed warmer water was the likely cause of the bleaching.