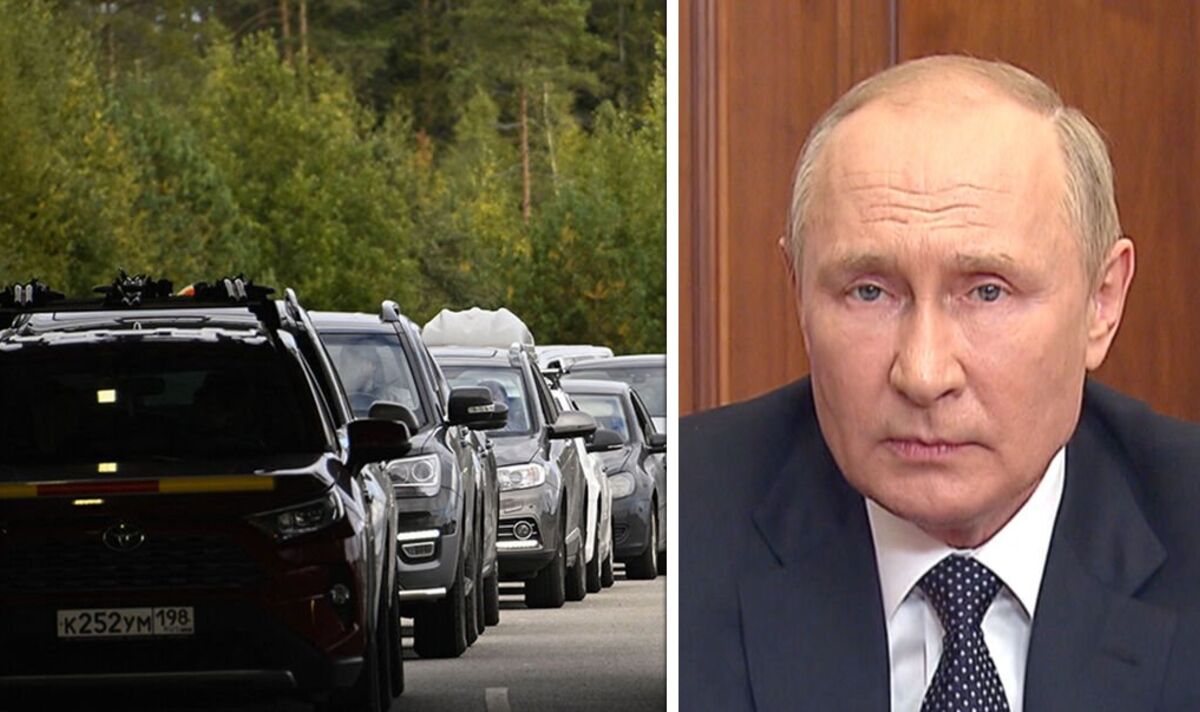 Finland is ready to bar most Russians from entering the country as traffic “intensified” after President Vladimir Putin announced a partial military mobilisation. Finnish land border crossings are one of the few entry points into Europe for Russians after a string of Western countries closed both physical frontiers and air space to Russian planes in response to the invasion of Ukraine.

She told reporters: “The government’s will is very clear, we believe Russian tourism to Finland must be stopped, as well as transit through Finland.”

Referring to Putin’s speech yesterday, in which he also hinted at the possible use of nuclear weapons: “I believe the situation needs to be reassessed after yesterday’s news.”

Putin’s announcement prompted concerns that some men of fighting age would not be permitted to leave Russia and, as a result, one-way flights out of the country sold out fast.

Finland opted to keep its frontier with Russia open despite the invasion of Ukraine on February 24, although it has cut back the number of consular appointments available to Russian travellers seeking visas.

At the Vaalimaa border crossing, about three hours’ drive from Russia’s second-largest city St Petersburg, three lanes of cars each stretched for 300-400 yards at about 1.15pm (10.15am GMT), a border official said.

Mr Pitkaniitty said 4,824 Russians arrived in Finland via the eastern border yesterday, up from 3,133 a week earlier.

Although traffic from Russia was busier than normal, the border guards said in a statement that it had not changed “alarmingly” in recent days compared with pre-pandemic times.

The statement warned against “incorrect and misleading” information which it said was circulating on social media.

At about 5.30pm local time (3.30pm GMT), traffic continued to flow, according to an eyewitness, with cars stretching over four lanes, each for some 150 metres.

A 34-year-old Russian man called Nikita, who refused to provide his last name, said he was going on holiday in southern Europe and did not know if he would return to Russia, explaining: “I will make the decision when I’m there.”

Border officials said a large number of Russians arriving were travelling on tourist visas. Tourists must present visas and documents which prove their onward itineraries such as plane tickets, hotel bookings or an invitation from a friend.

Estonia, Latvia, Lithuania and Poland, the other EU countries which border Russian territory, began turning away Russian citizens from crossings at midnight on Monday, saying they should not travel while their country is at war with Ukraine.

The three Baltic nations will offer no refuge to any Russians fleeing Moscow’s mobilisation of troops, their ministers said yesterday.

In far northern Norway there had been no changes in the number of Russians crossing, a police official said.

Norway is not a member of the EU.