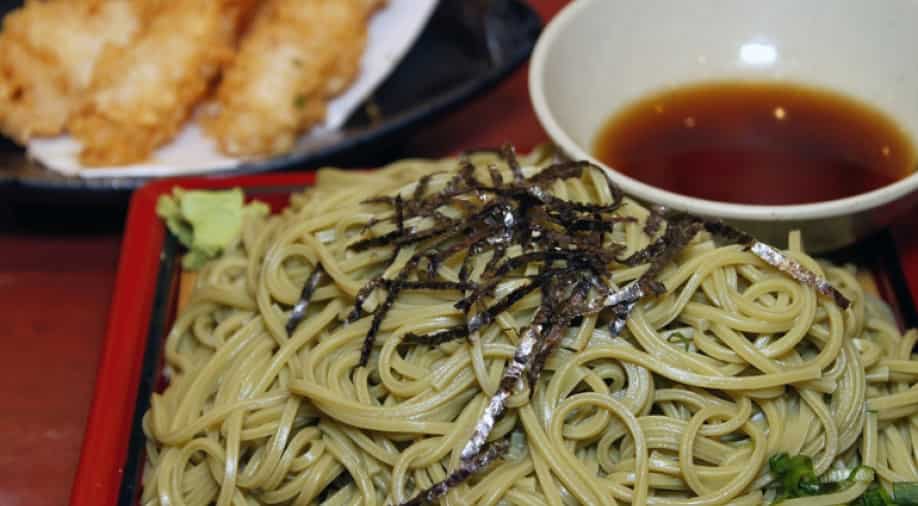 The prices of Japan’s beloved ‘soba’ noodles have been increased for the first time in 10 years due to Ukraine’s invasion.

Ukraine, also known as the “breadbasket of the world,” is unable to export its products to Europe, Africa, and Asia that relies on the vast, fertile farmlands of the Black Sea region.

‘Soba’ or buckwheat noodles are seen as one of the most quintessential Japanese foods as they are inexpensive and are believed to bring in good luck.

The world’s largest producer of buckwheat is Russia and the procurement of the imports from the country have been hampered due to instability and shipping disruptions.

Russia’s invasion of Ukraine has resulted in a surge in prices of food commodities like grains and vegetable oils reached their highest levels ever last month leading to an increase in global inflation.

Ryu Ishihara, who sells soba noodles in Japan, told news agency Reuters, “The (buckwheat) suppliers did all they could but this time the situation is so bad there’s no way to avoid raising prices. There are items I’ll have to raise by 10 to 15 percent.”

Soba, which is healthy due to its low-calorie count and nutritious vitamin and mineral content, is famous as a cheap meal served cold or hot.

According to the Japan Soba Association, Japan produced only 42 per cent of its buckwheat needs in 2020 despite its iconic status.

The country’s Agriculture Ministry said that although it had been filling the gap with imports from Russia it won’t be able to continue the practice after Japan imposed sanctions on Russia.