Skip to content
HomeWorldPutin abducts over 300 Ukrainians from Mariupol in one day, authorities claim 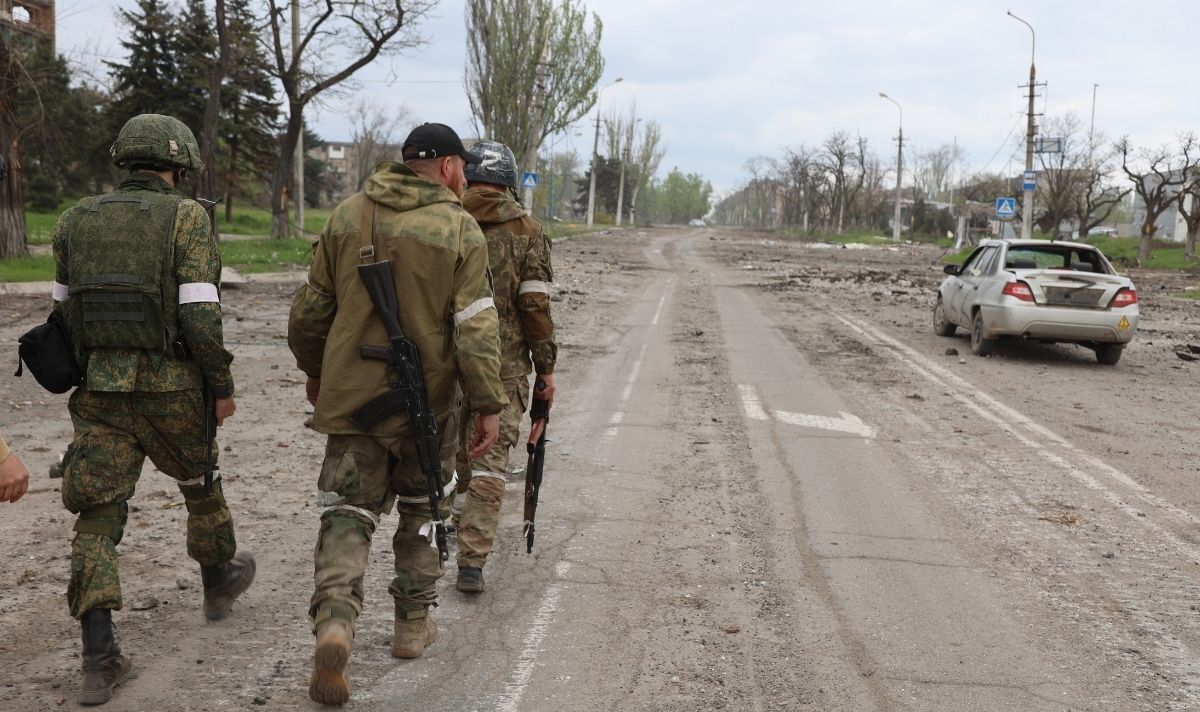 Over one million people, including nearly 200,000 children, have been taken from Ukraine to Russia since the conflict began on February 24, according to officials in Moscow. The majority are thought to have travelled through “filtration camps” where they are interrogated before being deported to Russia.

Hundreds of thousands of people have been taken from the heavily besieged city of Mariupol, where Ukraine has accused Russia of forcibly deporting residents to remote areas of Russia.

Petro Andryushchenko, an adviser to Mariupol’s mayor Vadym Boychenko, said that 346 people, including 24 children, were deported from the city on Tuesday night, May 24.

He said they were taken from Mariupol to a so-called “filtration point” in the Russian-controlled village of Bezimenne near to the port city.

Ukrainian officials first accused Russia of forcing civilians out of besieged cities such as Mariupol in March.

Lyudmyla Denisova, the Ukrainian parliament’s human rights ombudsman, said earlier this month that Russian forces had created an “extensive network” of places where Ukrainians are being subjected to “filtering”.

She said such places have been established “in every occupied Ukrainian city” and that more than “37,000 citizens” have already undergone the procedure, which reportedly includes checks, interrogations, fingerprinting and searches.

She said last month that Russia had taken 134,000 people from Mariupol alone and that 33,000 of those were forcibly deported.

The separatist-held Bezimenne has been used by Russian troops as a screening facility for refugees from Mariupol and the surrounding areas.

The Dontesk People’s Republic (DPR) said last week that more than 33,000 people had been processed by the Bezimenne reception centre as of May 17.

It said almost 1,000 evacuees from Mariupol had been processed through the centre in three days alone.

The Russian Ministry of Defence released video footage earlier this month showing evacuees from Mariupol arriving in busses at a filtration camp outside the city.

The location was later geolocated as Bezimenne.

Satellite images captured by US firm Maxar Technologies showed Russian-backed forces building a temporary camp of tents in Bezimenne as early as March.

A video released by the office of the Mariupol mayor at the start of the month claimed to show the inside of a Russian “filtration camp” in Bezimenne.

According to the accompanying post on Telegram, men forcibly taken from Mariupol “were placed in the school in Benzimenne village” and denied medical assistance.

The men were also frequently threatened with torture and executions, the mayor’s office added, and forbidden from bringing personal belongings.

Rossiyskaya Gazeta, a pro-Kremlin newspaper, claimed that 5,000 civilians were screened at Bezimenne to prevent “Ukrainian nationalists from infiltrating Russia”.

The Organisation for Security and Cooperation in Europe (OSCE) said last month that there is credible evidence that Russian forces have been rounding up people in areas of Ukraine’s south and east and detaining them in filtration camps for interrogation.

US Ambassador to the OSCE Michael Carpenter said there had been “credible reporting” that Russian forces are detaining people in camps and “brutally interrogating them for any supposed links to the legitimate Ukrainian government or to independent media outlets.”

Mr Carpenter warned that there have been “alarming reports” that people suspected of having these connections are beaten or tortured before being transferred to the Donetsk region “where they are reportedly disappeared or murdered”.

Escapees from the camps have reported being photographed, tortured and having personal items such as mobile phones taken off them.

Others have compared conditions in the camps to those of a ghetto or concentration camp and claim to have witnessed torture and killings carried out by Russian security services.

Some Ukrainians have told of being taken far from Ukraine’s border to remote regions in Russia such as Tula province in the centre of the country.

The Kremlin has described people deported to Russia as “refugees” and claims to have “evacuated” hundreds of thousands to safety in Russia, insisting that the relocations are voluntary.

It has claimed to have set up temporary camps for Ukrainian displaced by fighting.

Rachel Denber, deputy director for Europe and Central Asia at Human Rights Watch, said her organisation had documented at least one instance in Mariupol where there was “no question that it would be considered a forced transfer” – which she defined as “being forced to go to the side that has invaded your country.”

The mass forcible transfer of civilians during an international conflict to the territory of the occupying power is classified as a war crime under the 1949 Geneva Conventions.

It is not the first time Russian forces have used filtration camps to process civilians.

During the war in Chechnya, there were reports of civilians detained in such centres and brutally interrogated and tortured.

Anna Politkovskaya, the Russian investigative journalist who uncovered the testimonies from the filtration camps, was murdered in her Moscow apartment building in 2006.