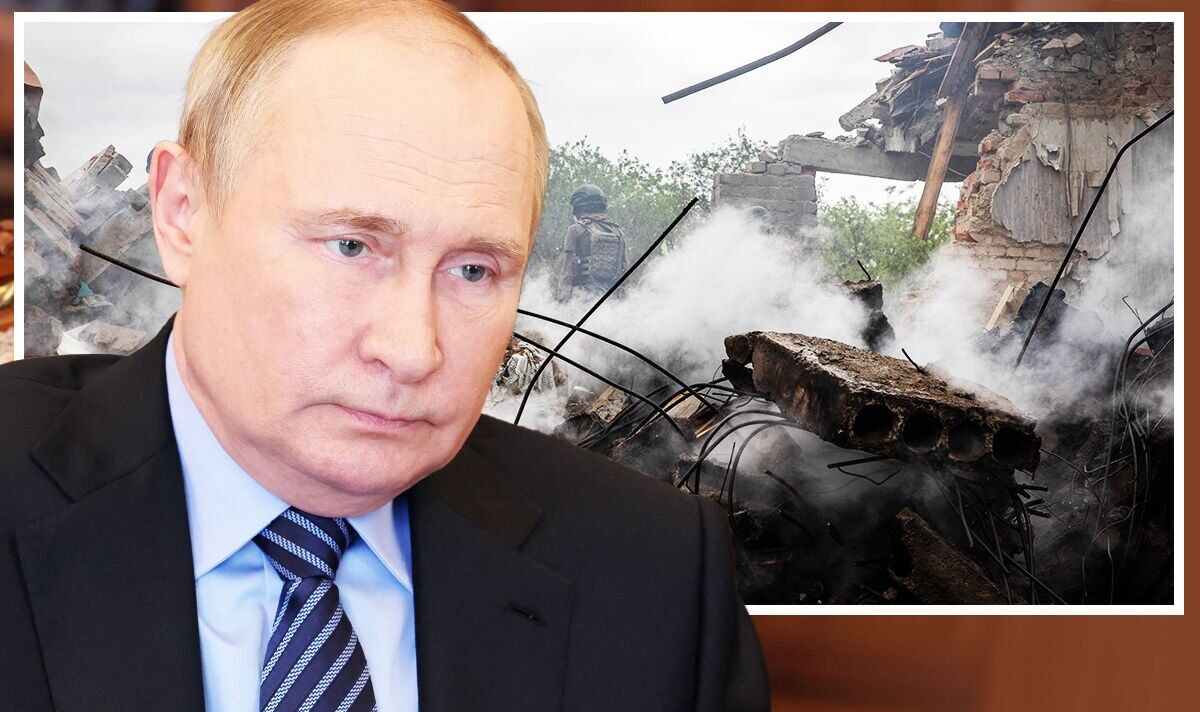 A fresh wave of atrocities has been committed in Ukraine, discovered following a sweeping counteroffensive which liberated towns and cities across Kharkiv Oblast. It comes after Zelensky’s forces recaptured huge swathes of land in the beseiged country. A Ukrainian official has said that at least 1,000 bodies have been found in the liberated city of Izyum. Ukrainian official Anton Herashchenko accompanied Ukrainian President Zelensky to the city of Izyum. He told the BBC that Ukrainian forces had found at least 1,000 bodies there in a “tragedy even worse than the one in Bucha”.

Maksym Strelnyk, a deputy of Izyum City Council said that Russian forces occupying the city had “committed war crimes and tried to hide them”.

He claimed that the number of dead likely increased after Russian soldiers plundered pharmacies and destroyed medical facilities in the town.

Scenes from Izyum show residents running towards Ukrainian soldiers, crying from relief that Russian forces had evacuated the city.

Mark Savchuk, a Ukrainian Journalist and Coordinator at the Ukrainian Volunteer Journalist Initiative, has contacts in the Ukrainian Armed forces. He told Express.co.uk that he had not heard about the number of dead in the city but claimed that such a large number wouldn’t surprise him as Russians execute Ukrainians “left and right” for being so-called “spies”.

He added: “What would stop them from doing that? Are there police or some board that would say ‘Oh you can’t rape the women’ – obviously not.

“That’s exactly why you see people running towards the Ukrainian military with tears in their eyes. If people were treated well, you wouldn’t see this reaction. Why on earth would a person run towards a tank with tears in his eyes?

“It’s because he saw up close these horrible things before Izyum was liberated.”

Balakiya was liberated by Ukrainian forces on September 8, just days before Izyum was abandoned by Russian forces who feared encirclement.

Yesterday, Ukraine’s President Volodymyr Zelensky visited Izyum and presided over a flag raising ceremony which saw the Ukrainian flag fly over the city once again.

In his nightly address, Mr Zelensky said that Ukrainian forces were solidifying their hold on more than 8,000 square kilometres (more than 3,000 square miles) of liberated territory.

He vowed to take back all of the remaining Ukrainian territory occupied by Russian forces.