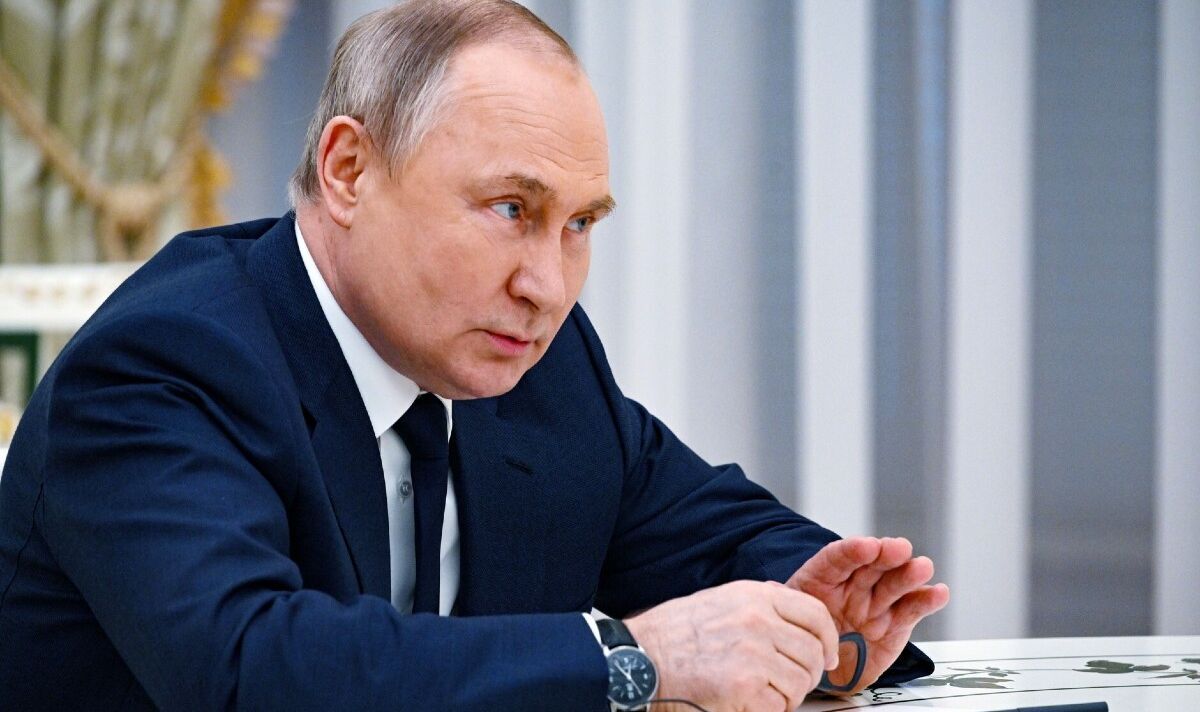 Dr Carl Senior, of Aston University, said the Russian leader is a “shadow” of the man he used to be as images circulate of his more bloated face and the bizarrely long table he insists on installing in Kremlin meeting rooms. Dr Senior told Express.co.uk: “Even the most despotic leaders in history have found a sustained war to be emotionally and psychically draining. The daily accounting for death can’t be maintained.”

The true death toll for Russian forces in Ukraine is hard to verify, but one report from an intercepted phone call from the end of last month suggested the figure could be within touching distance of 26,000.

Ukrainian authorities put the figure at around 22,800, but the British government have opted for a more conservative estimate of 15,000.

But the only official figure to come out of Moscow is 1,351 deaths.

There has been no updated information from the Russian leadership since March 25, when they added that 3,825 soldiers had been injured in the war in Ukraine.

Dmitry Peskov, the Kremlin’s mouthpiece, only admitted to “significant losses” in an interview with Sky News, adding the deaths were a “tragedy” for Russia.

But fighting a war that is grinding on far longer than the Russian leader may have initially thought, Dr Senior said “Putin is showing clear signs of deterioration”.

The war has made him a “shadow of a man”, which is clear to see through the “overt symbology” the Russian leader deploys.

Dr Senior described the contrast of the image Putin strove to maintain in previous years with the bizarre table he often wedges into meetings.

READ MORE: Putin’s OWN Russian media machine begins to turn on him

This table, he added, has become almost a “physical barrier for protection”.

Dr Senior continued: “He has metamorphosised from the bear-chested action man riding horses in the Siberian hinterlands to a shadow of a man hiding being comically massive desks.

“Here the overt symbology of power has been hijacked and accentuated for the sake of accentuation almost acting as a physical barrier for protection.”

This table plays a key role in Vladimir Putin’s meetings with global leaders, including a recent meeting with UN Secretary-General, Antonio Guterres.

Between the Russian leader and the Portuguese diplomat was a five-metre-long table.

But there could be two explanations for the design decision, Dr Patrick Stewart of the University of Arkansas explained to Express.co.uk.

One could a fear of Covid infection, but another could be a more subtle explanation, Professor Stewart suggested.

The length of the table, and therefore the significant space between the leaders, could “be more of an indicator of and emphasis on the distance between the two parties in reaching an agreement”.

A similar arrangement greeted French President Emmanuel Macron when he travelled to Moscow in February.

The French leader visited the Kremlin for negotiations with Putin over the Russian military buildup on the Ukrainian border, just before Russia launched its invasion.

But Mr Macron refused to take a Russian COVID-19 test, fearing Russia may keep his DNA on file, according to sources close to the president.

One source told Reuters: “We knew very well that meant no handshake and that long table. But we could not accept that they get their hands on the president’s DNA.”

Kremlin spokesperson Dmitry Peskov said that Mr Macron’s refusal to take a Russian-administered PCR test was no issue, but meant the French president would keep a constant distance of six metres from Putin.

He added: “There is no politics in this, it does not interfere with negotiations in any way.”