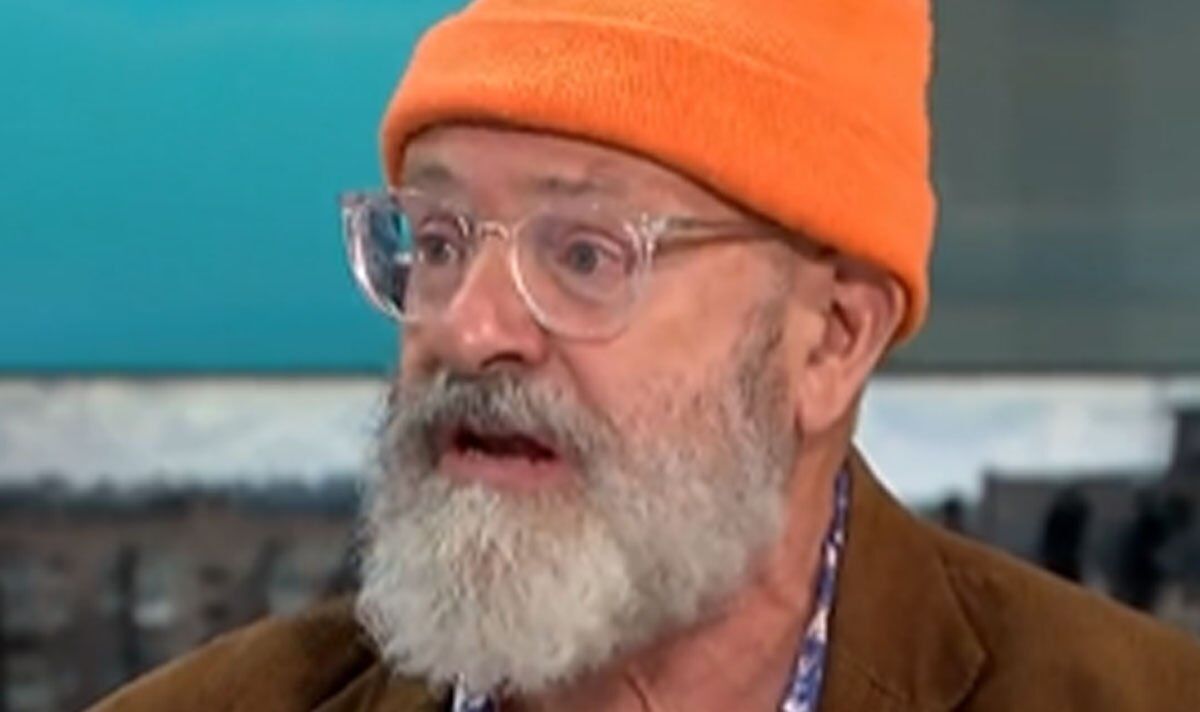 Some draft-age Russians rushed to the borders on Thursday to escape their country’s biggest conscription drive since World War Two, while explosions shook southeastern Ukraine on the eve of referendums planned there by pro-Moscow separatists. President Vladimir Putin’s new mobilisation campaign escalates the seven-month-old war that has killed thousands, displaced millions, pulverised cities, damaged the global economy and revived Cold War confrontation. Though surveys have suggested widespread domestic backing for Russia’s intervention in Ukraine, mass conscription may be a risky move domestically after past Kremlin promises it would not happen and a string of battlefield failures in Ukraine.

Speaking to ITV’s Good Morning Britain, Mr Sweeney said: “Putin’s in trouble. I think that down the track Putin is a dead man walking.

“He hasn’t sold this war to his people. He’s losing the war on the frontline.

“In Kharkiv, the Ukrainians pushed back and got an awful lot of territory but the other thing is the justification for the war.

READ MORE: Russian soldiers ridiculed by Ukraine for mess left behind in Izyum

“The Russian is that they’re fighting to de-Nazify Ukraine. It makes no sense whatsoever.

“The war is not popular in Russia and you can see that. Look at those queues, those men do not want to fight in Vladimir Putin’s stupid war.

“The Chinese are saying get on with it or stop it so, Putin’s in trouble.”

It comes as voting began on Friday in a Russian-controlled part of Ukraine in a referendum that Russia is expected to use to justify the annexation of four regions, with one Ukrainian official reported as saying voting was mandatory.

“Voting has started in the referendum on Zaporizhzhia region becoming a part of Russia as a constituent entity of the Russian Federation! We are coming home! Godspeed, friends!” said Vladimir Rogov, an official in the Russian-backed administration of that region.

The referendums have been widely condemned by the West as illegitimate and a precursor to illegal annexation.

Serhiy Gaidai, the Ukrainian governor of the Luhansk region, said that in the Russian-held town Bilovodsk, the head of one enterprise told employees the referendum was mandatory and those who refused to vote would be fired and their names given to the security service.

He said that in the town of Starobilsk, Russian authorities banned the population from leaving the city until Tuesday and armed groups had been sent to search homes and coerce people to get out to take part in the referendum.

Voting in the four regions of Luhansk, Donetsk, Kherson and Zaporizhzhia provinces, representing about 15 percent of Ukrainian territory, is due to run from Friday to Tuesday.

The votes come after Ukraine this month recaptured large swathes of territory in a counteroffensive, seven months after Russia invaded and launched a war that has killed thousands, displaced millions and damaged the global economy.

The referendums had been discussed for months by pro-Moscow authorities but Ukraine’s recent victories prompted a scramble by officials to schedule them.

Russia argues that it is an opportunity for people in the region to express their view.