Skip to content
HomeWorldPutin devastated as Kremlin loses battalion of 70 tanks and 1,000 men in botched crossing 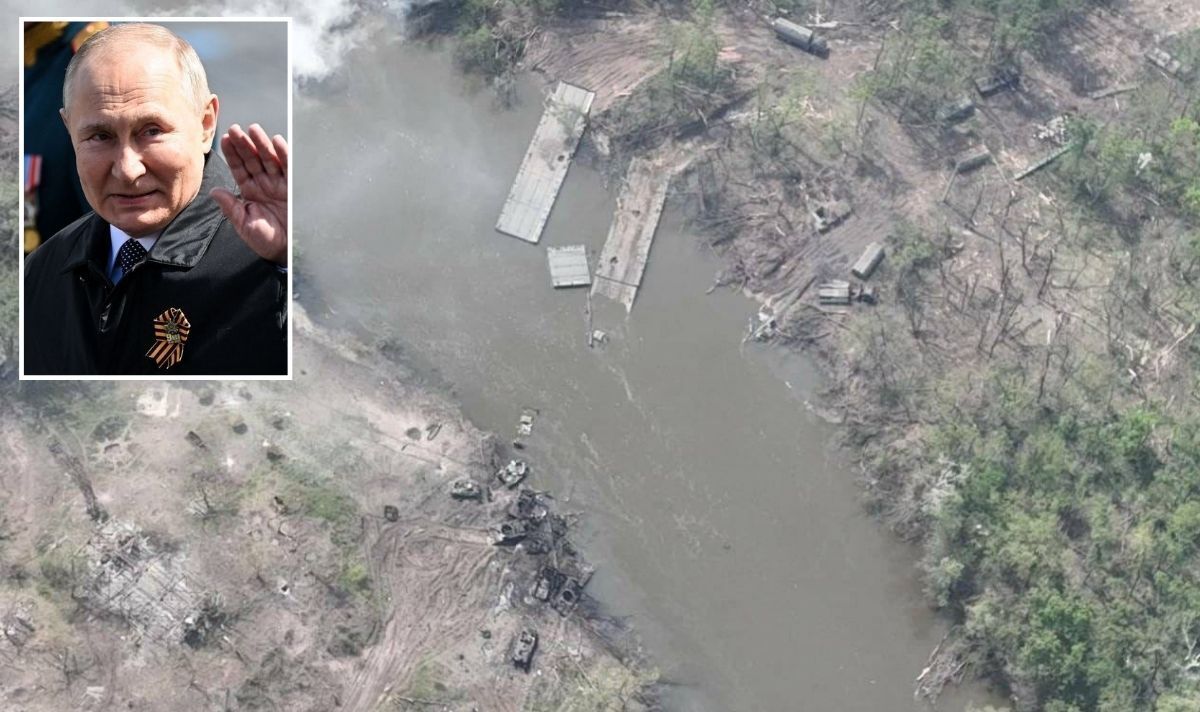 Ukrainian forces successfully prevented Russian troops from crossing the Siverskyi Donets River in eastern Ukraine at the weekend. The Russian army lost almost an entire battalion as a result of the attempted crossing, with it being described as some of the heaviest fighting of the war.

Artillery bombardments and air strikes devastated Putin’s troops as it used a pontoon bridge to try and cross the river on Sunday, May 8.

Satellite images have revealed the true extent of the damage, with views of destroyed buildings and burnt vehicles on the banks.

It is believed that Russia has lost armoured manoeuvre elements of at least one battalion tactical group and the deployed bridging equipment.

Ukraine’s military said it blew up the key Russian crossing, inflicting heavy losses in a significant blow to the Kremlin’s designs on the regions of Luhansk and Kharviv.

The images were shared by the defence ministry, appearing to show the damaged pontoon bridge and damaged armoured vehicles on both banks.

The ministry on Twitter, wrote: “Artillerymen of the 17th tank brigade of the #UAarmy have opened the holiday season for [Russian forces].

“Some bathed in the Siverskyi Donets River, and some were burned by the May sun.”

Russia’s forces are still falling short of their objectives set out by Putin, with troops already being forced back from Kyiv.

Russian forces have taken over moderate amounts of territory in Ukraine, many of which came in the early days of the invasion.

But Putin is said to have “underestimated” the strength of the Ukrainian troops, and this recent loss will serve as a blow to the Russian President.