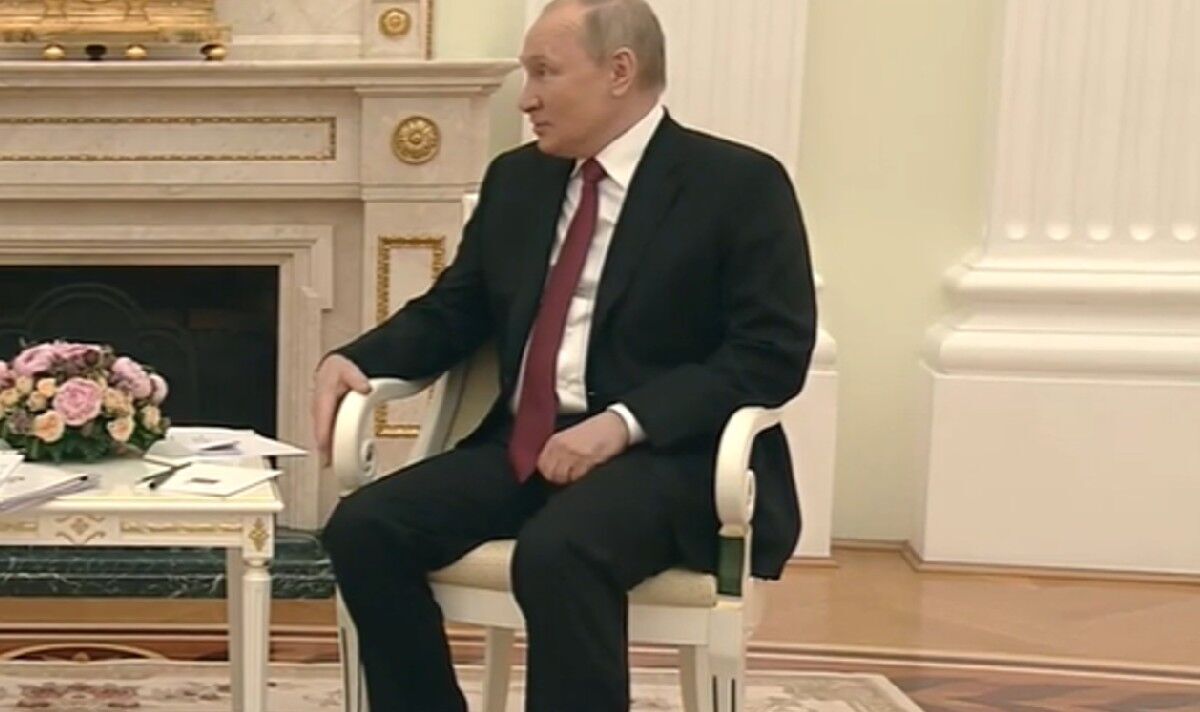 The Russian President continuously tapped his feet during a clip of his meeting in Moscow with Tajikistan’s President Emomali Rahmon. Putin is sitting in a chair and holding the arm with his right hand, while his left hand is in his lap.

The Russian leader is seen erratically moving his left foot around before doing the same with his right foot.

It comes amid rumours over the state of Putin’s health in recent months.

He was seen slouching and tightly gripping a table during a televised meeting with Russian Defence Minister Sergei Shoigu last month.

In the video, the Russian President looked bloated and constantly tapped his right foot on the floor.

“I think we’ve all commented that, actually, he looked pretty puffy around the face.

“I don’t know how well or how unwell he is, there’s people circulating rumours he’s got cancer of some sort. I don’t know.

“But if he goes under a bus, metaphorically or realistically, will the replacement be more any better?”

It comes after Putin launched his brutal invasion of Ukraine in February.

Moscow has been forced to switch the focus of its offensive to the eastern region of the Donbas – which was already part-held by pro-Moscow separatists – after their advance on Kyiv was pushed back.

In its latest assessment, British military intelligence said Russia may have lost a third of the invasion force it sent into Ukraine.

The Ministry of Defence (MoD) said the Russian campaign in the east of Ukraine had “lost momentum” and was now “significantly behind schedule”.

Meanwhile in another blow to Putin, Finland and Sweden have announced they want to join the Nato military alliance.