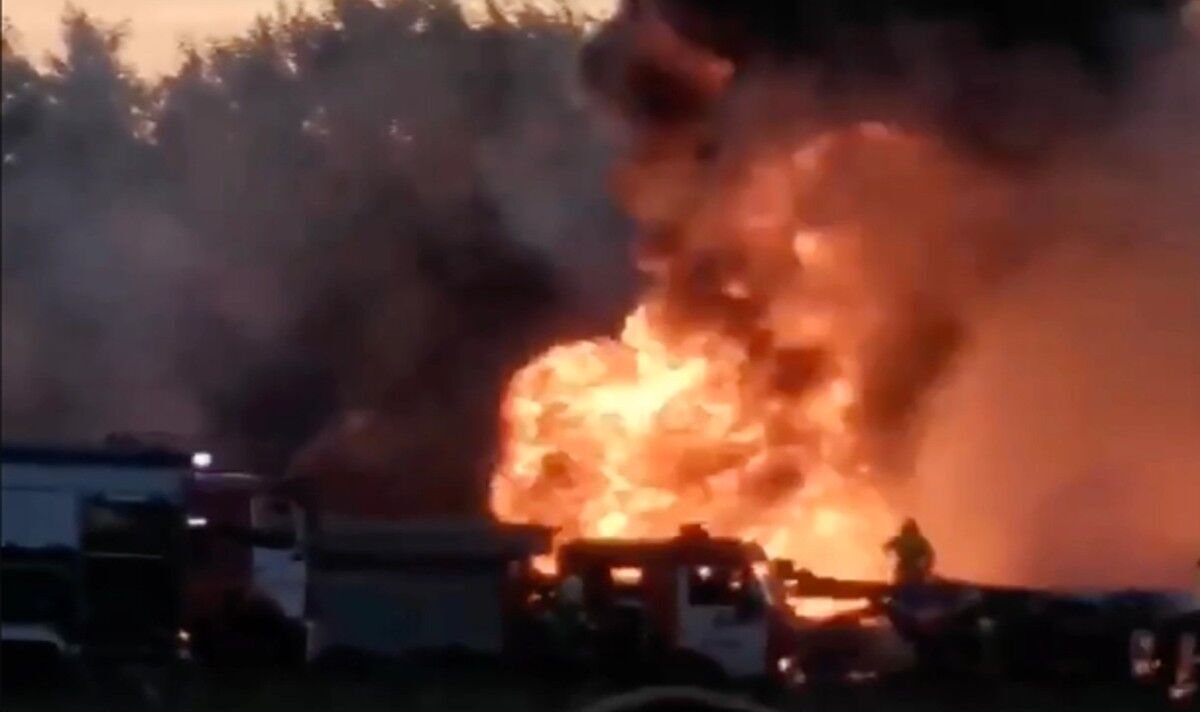 The Ilyushin-76 was reportedly on its way to Ukraine after refuelling in Ryazan.

It is understood to have taken off from Orenburg in Belgorod, north of the border between Russia and Ukraine.

Nine people are believed to have been on board when the plane crashed.

Several passengers have reportedly died while survivors have been rushed to hospital after being dragged from the wreckage.

Ilyushin-76s have been used to carry military equipment from Russia to the frontline in Ukraine, which Russian troops invaded on February 24.

It follows Russia’s defence ministry announcing two days ago that a £9million Su-25 military aircraft had crashed in Rostov Province in southern Russia, killing a pilot.

That crash happened during a routine training flight far from residential areas, according to the defence ministry.

The cause of the accident may have been a technical malfunction. An team of investigators from the Russian Air Force has been trying to uncover the circumstances of the fatal crash.

The Su-25 crash came a week after a £41million Su-34 bomber was shot down by Ukrainian forces in Izyum, a city near the city of Sieverodonetsk which has borne the brunt of much of the fighting in recent weeks.

“The Russian aircraft operated in pairs, attacking the positions of the Ukrainian defenders. After entering the defence zone, one of the hostile aircraft changed course, while the other pilots decided to try their share.

“The aircraft fell on the occupied territory. Whether the pilots survived the crash is to be clarified.”

Ukraine puts Russian aircraft losses at 216 so far in the war, which is now in its fourth month. Moscow says its forces have destroyed 211 airplanes, 132 helicopters and 1,329 unmanned aerial vehicles.

Kyiv claims 34,430 Russians have been “liquidated” to date. It has not been possible to independently verify this figure.