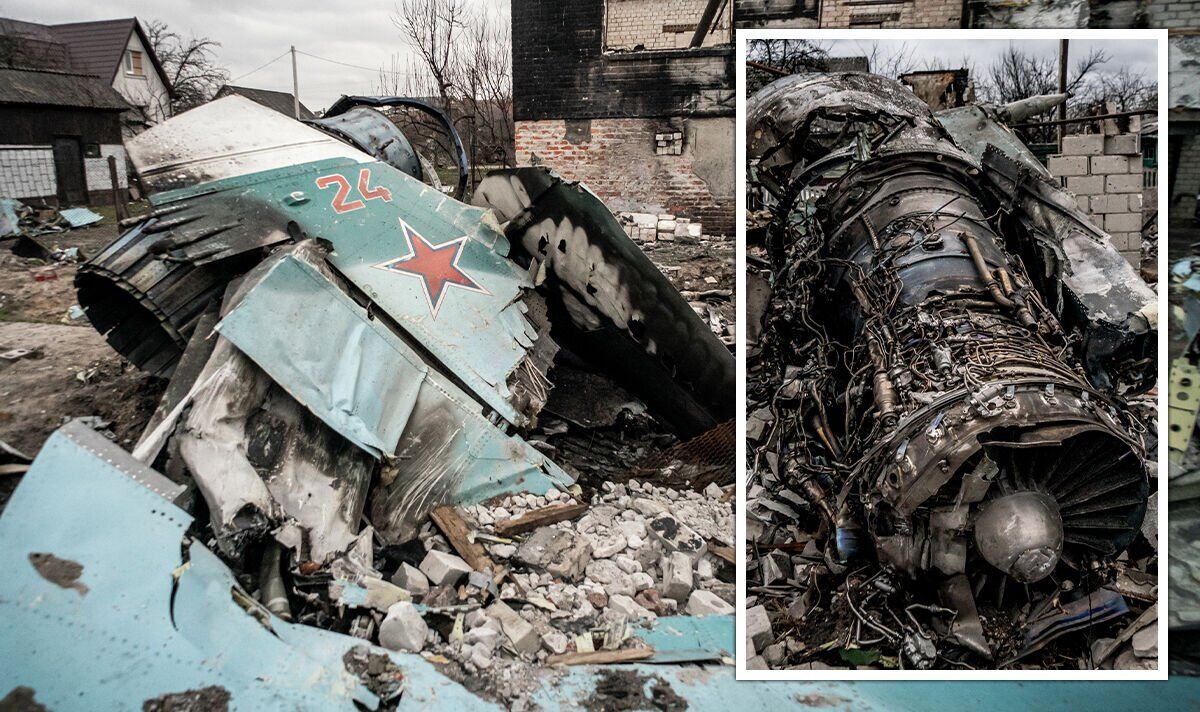 UK defence secretary Ben Wallace said in a speech in the National Army Museum that GP receivers were found taped to the dashboards of Russian SU-34s because of “the poor quality of their own systems”. He added that a chargesheet of the Russian army’s many failures should be placed at the feet of Moscow’s General Staff of the Russian army. These include poor battle preparation and inadequate equipment for its invasion – which Mr Wallace described as “illegal”.

He said Russia’s top officers failed their troops on the ground, due to their vehicles lacking situational awareness and digital battle management as required.

He said: “Russian vehicles had not been maintained properly and immobilised many logistics vehicles, leading to cheap tyres being blown out and truck axle hub failures, all due to poor maintenance or the money for that maintenance being taken elsewhere.

“As an aside, the sheer amount of footage from Ukrainian drones suggests to me that they also lack wider air defence and counter-UAV system.”

“GPS’ receivers have been found taped to the dashboards of downed Russian SU-34s so the pilots knew where they were, due to the poor quality of their own systems.

“[While] Russia have large amounts of artillery and armour that they like parading, they are unable to leverage them for combined arms manoeuvre and just resort to mass indiscriminate barrages.”

The defence secretary also stated that Russia’s top leaders should face court martial for their actions during the war.

Logistical issues have plagued Russia since the war began.

Within a month of the war UK intelligence suggested Russian troops were being left without adequate food or fuel.

The defence ministry said on March 18: “Reluctance to manoeuvre cross-country, lack of control of the air and limited bridging capabilities are preventing Russia from effectively resupplying their forward troops with even basic essentials such as food and fuel.”

Some have hypothesised that this is due to passing the responsibility for logistics onto inexperienced conscripts.

Supply chain issues have led to Russian troops being left exposed for ambushes by Ukrainian forces, a trend that has now continued onto the sea as ships looking to resupply Russian-held Snake Island are shot down by Ukrainian drones.

This follows the sinking of the Moskva, Putin’s leading flagship, and the subsequent retreat of Russia’s naval forces from open water.

Mr Wallace also took a moment to appreciate those who have been dragged into Putin’s war but do not support it.

He said: “I know soldiers in the Russian army will not get a voice and there will be thousands of mothers and wives who do not agree with this illegal war, who will be asking themselves why these things happened.”

According to the officials in Kyiv, Russia has lost more than 26,000 troops in the course of its invasion of Ukraine which has spanned more than 76 days now.

Moscow, however, has not revealed its military losses in Ukraine.