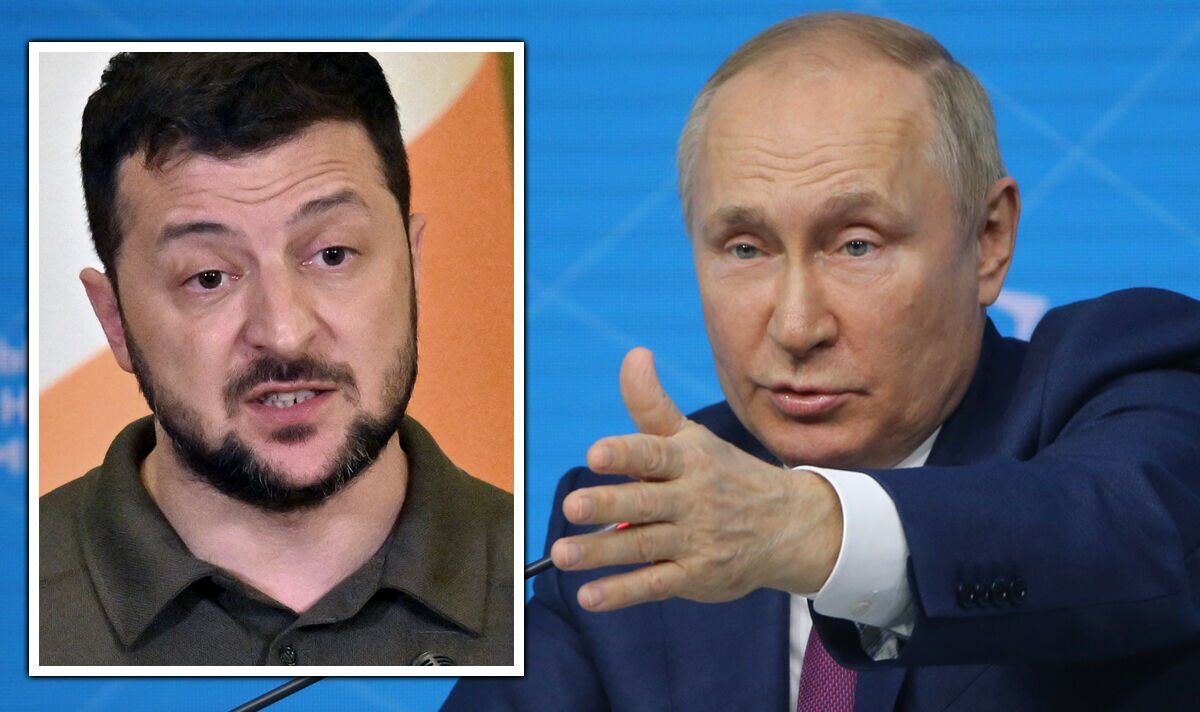 Volodymyr Zelensky’s air force pilots have been able to strike without being detected by their targets, according to reports. A Russian troop is understood to be heard expressing his dismay in uncovered audio footage.

The soldier told his parents during a telephone call: “We’re sitting around, listening to the chatter.

“The [Ukrainian] planes have already left.”

The conversation was intercepted and later published by Ukraine’s SBU security service, according to media outlet The New Voice of Ukraine (NV).

NV adds that the conversation suggests Russian forces are using indiscriminate munitions in their fight against Ukraine’s troops.

“Not a care in the world.

The numbers, according to the Royal United Services Institute, demonstrate that “the age of industrial warfare is still here”.

This is problematic not just for Russia but for Ukraine, too.

All the more so given that a report by Ukrainian and Western intelligence officials, seen in June by the Independent, showed Ukraine’s forces are outgunned 20 to one to Russia in artillery and an incredible 40 to one in ammunition.

A month after the release of this report, the Financial Times asked: “Is the West running out of ammunition to supply Ukraine?”

It drew particular attention to the fact the UK recently had to buy a howitzer from a third party to send to Ukraine because its own supply was too low.

These signals, along with varying intelligence reports from the ground, make the overall situation in the Ukraine incredibly difficult to properly assess.