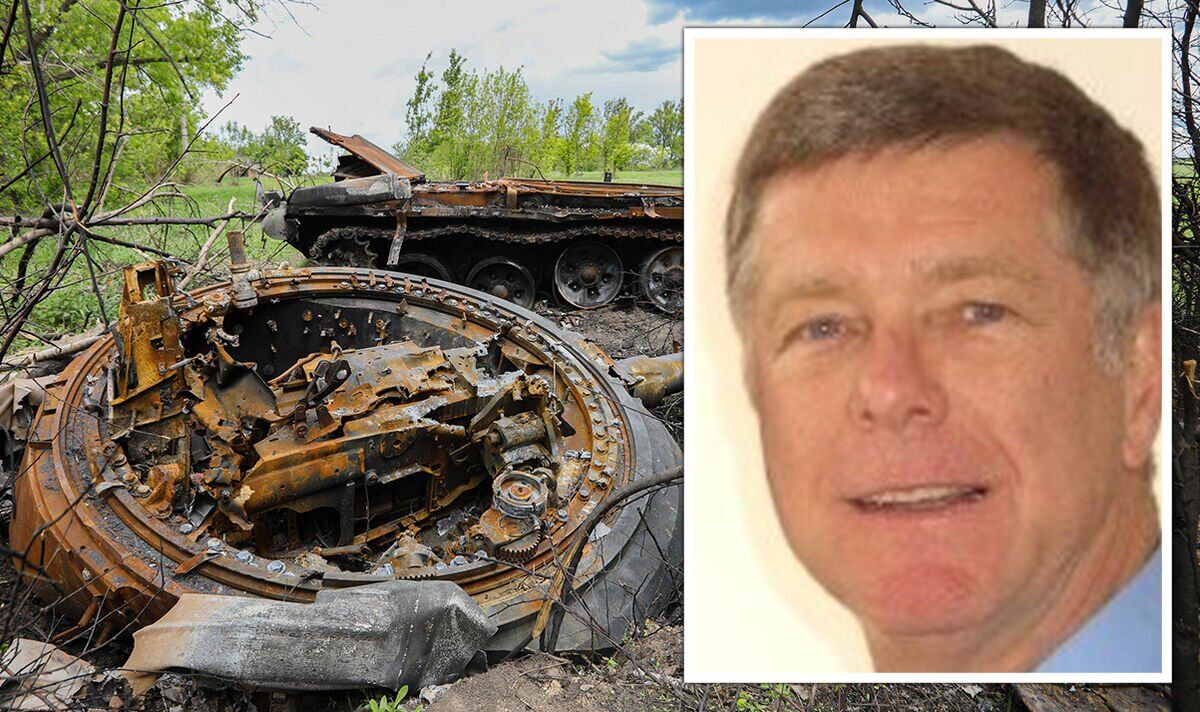 Brendan Kearney also said Ukraine has a “short window of opportunity” during which it could inflict significant damage in a bid to push the invaders out of the country – while suggesting Russian forces could even “crack” this winter. Mr Kearney, the former Chief of Staff with the US Marine Corps Forces Europe in Germany, offered a blunt assessment of the performance of Putin’s troops since he ordered a full-scale invasion on February 24.

Ever since the launch of what Putin calls his “special operation”, his forces have been beset by problems, ranging from faulty equipment to ill-discipline and even mass desertions.

Yesterday an artillery strike on a passenger train in the east of the country resulted in the deaths of at least 25 people, Ukraine said.

Speaking to the BBC, Mr Kearney said Russia’s campaign had been characterised by “a complete lack of leadership and a complete lack of discipline”, both of which he explained as “critical for any successful military organisation anywhere in the world”.

“But Ukrainians between now and say late October, November, when the rains the temperatures start to drop, do have an opportunity to go ahead and achieve some success, whether that success will be so great as to eject Russian forces from Ukraine I don’t know but that’s their opportunity.”

He stressed: “If they can’t pull this off prior to the real start of winter with the dropping temperatures, temperatures, the ice, the snow, general mud taking over and relegating armoured and wheeled vehicles to roads, then I really think we’re going have to wait until the springtime again to see if there can be a renewal of hostilities.

“But you know, at the same time, this is the toughest time on the military when you go into this type of season, the morale sinks even further.

“So we’ll see if the Russian military can withstand it. They may well crack under Ukrainian military pressure and the pressure of Mother Nature. We’ll just have to see.“

In its daily briefing on Thursday, Russia’s defence ministry said an Iskander missile had hit a military train at Chaplyne that was set to deliver arms to the frontline in the eastern Donbas region.

Russia denies targeting civilians – but the death toll from the attack rose from an initially reported 22 after three more bodies were retrieved from the rubble in the town as rescue operations there ended, Ukrainian presidential aide Kyrylo Tymoshenko said today.

Local resident Sergiy lost his 11-year-old son in the strike. Speaking as he crouched next to the youngster’s covered body, he said: “We looked for him there in the ruins, and he was lying here.

Moscow also said it had destroyed eight Ukrainian fighter planes in strikes against airbases in Ukraine’s Poltava and Dnipropetrovsk regions.

That would be one of the heaviest losses for Ukraine’s airforce in recent weeks.