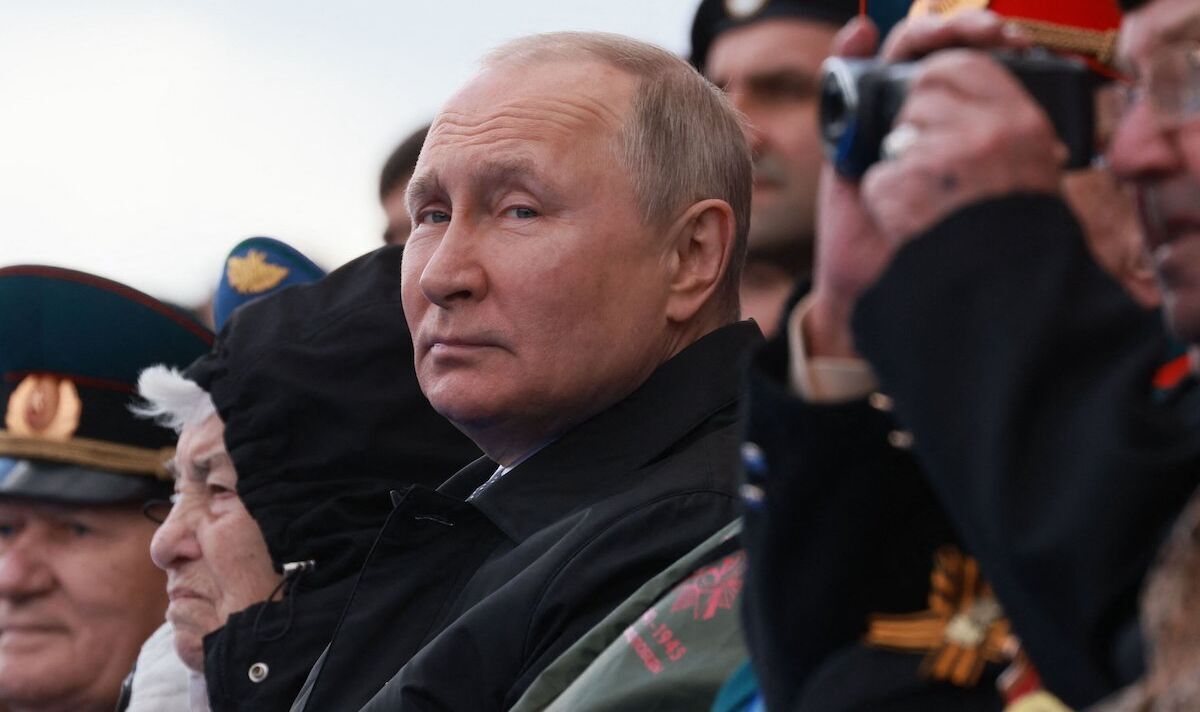 On May 9, soldiers passed through the city in a show of force accompanied by 77 planes and helicopters, among them the “largest transport helicopter in the world”.

The Russian military also announced it would showcase its “Doomsday” plan, designed to take command during a nuclear conflict.

But Putin’s speech took a very different focus and portrayed separatists fighting on Moscow’s side in Donbas as victims of western aggression.

He asked attendees to bow their heads for “the elderly, women and children of Donbas” who he claimed died of “merciless shelling” and “barbaric strikes” from Neo-Nazis.