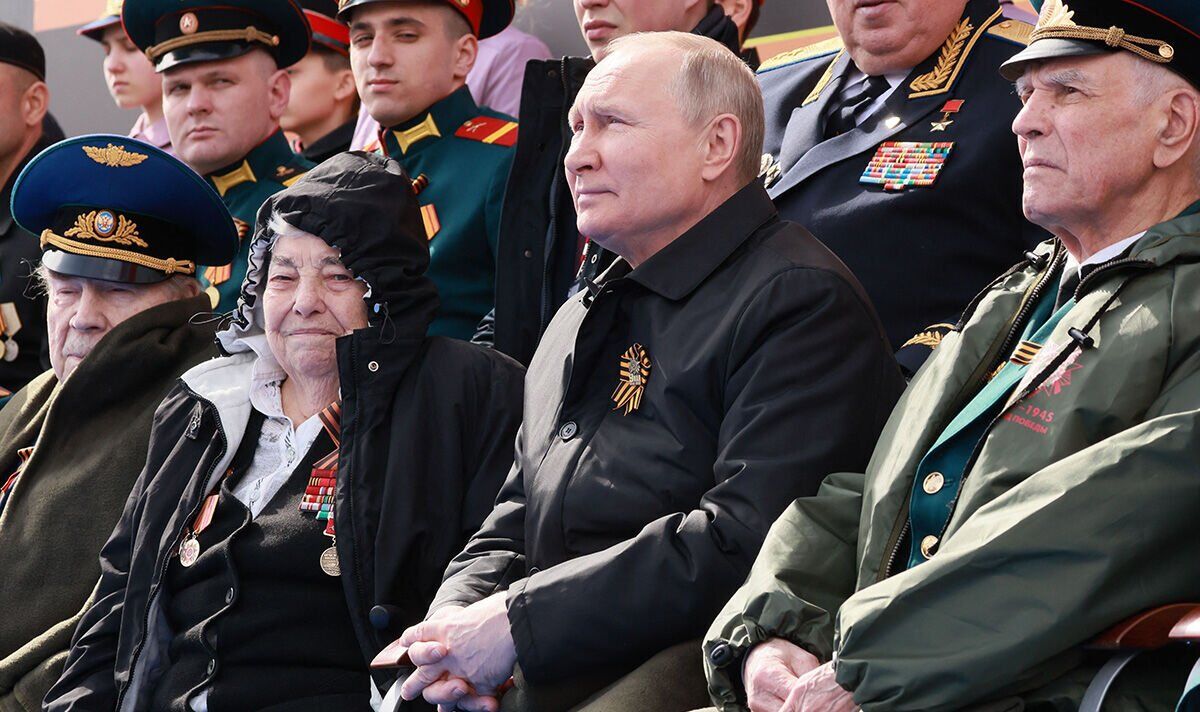 The body explained that when Vladimir Putin was sat down watching the Victory Day parade in Moscow he looked similar to the elderly lady next to him. Ms James pointed out that his military generals were all issued with rain macks but he had chosen not to wear one. Ms James then discussed how the blanket he had over his knees didn’t fit the alpha profile that he tried to project.

Ms James told Sky News: “If you look at his body language here, he looks most similar to the elderly woman sitting next to him.

“You know he’s actually adopted a mirror pose to her and he appears to have a blanket over his lap.

“The only thing that I would say and it’s unusual for Putin to make this kind of mistake, I don’t actually think that was a blanket.

“If you look at the generals next to him, I think they were issued with rain macks.

Ms James added: “And I actually think that being the kind of alpha that he is he probably thought that he would look tougher, by leaving his off.

“Rather than having it on, but in actual fact what he ended up doing was looking like an incredibly beleaguered leader sitting there.

“Who needed a warm blanket over his knees, it vanished quite quickly I think possibly somebody had a quick word with him.

“It didn’t fit with this tough guy alpha profile he liked to project, his body language even so there Kate we can see its de-energised.

“Forget the blanket you know, shoulders are slumped the feet are together he’s normally very splayed.

“And the head is slightly disappearing into his shoulders so, in terms of physical and emotional traits, he’s making himself look very weak here.”

Before the war, when Russian troops were lined up along Ukraine’s border, many mental health experts were trying to analyse Putin’s mental state.

There has been much speculation about the Russian dictator’s physical and mental health.

British-American financier Bill Browder told the Express exclusively: “I was never close to him, I never met him actually.

“But I think that he is never been in mental good health, I believe he’s a psychopath.

“The closest person I could compare him to is the fictional character Hannibal Lecter.

“The only thing different between Putin and Hannibal Lecter is that Putin isn’t a cannibal.

Mr Browder added: “But everything else is the same.

“His heartbeat doesn’t start going faster when someone is being killed right in front of him.

“He has no feelings of empathy whatsoever, he’s a cold-blooded killer and the only thing he feels is fear for his own safety.”