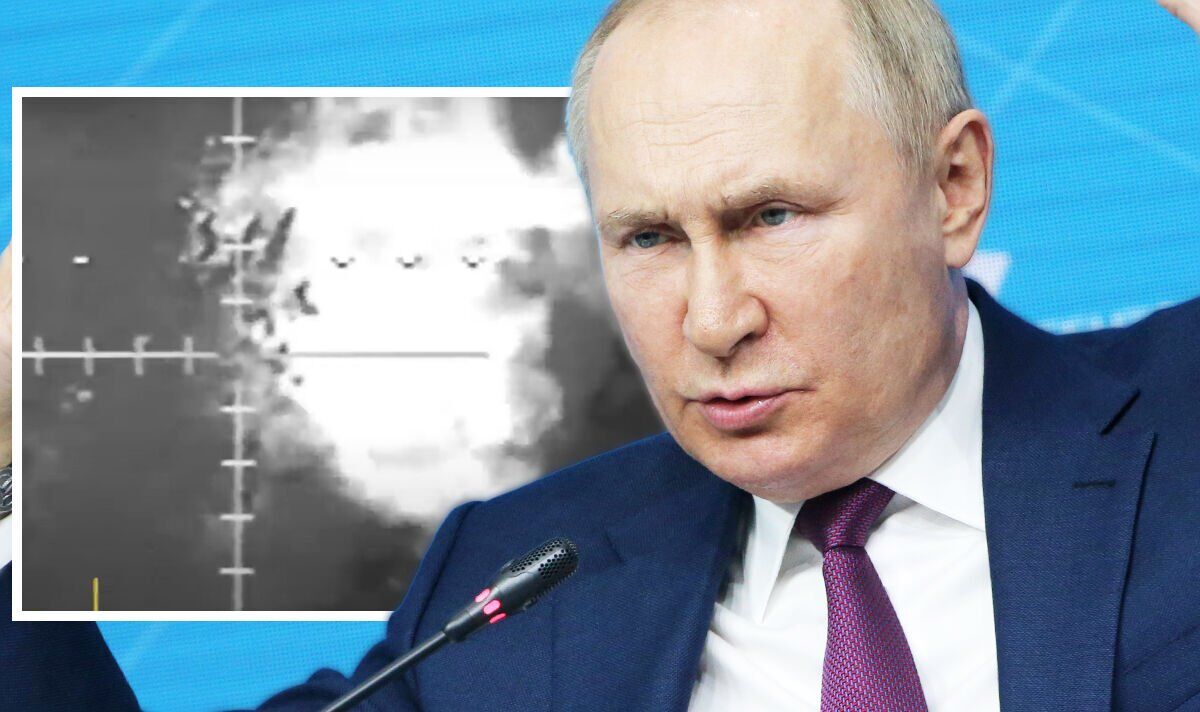 Frontline video footage released by the Security Service of Ukraine (SBU) shows the moment a bomb is dropped on a stationary T-72. Though it is unclear which version of the tank is hit, Russia has relied on widespread deployment of the T-72B3 – a more mobile version of the Soviet-era T-72.

These range from lightweight, handheld devices to drones the size of a small plane, as is the case with the Turkish-made Bayraktar TB2.

In the black and white video clip released on Monday, the tank is stalked in the crosshairs of the drone.

A bomb is then dropped, hitting the heavy armoury with pinpoint accuracy – causing it to explode.

The T-72 is a family of Soviet-era and Russian battle tanks, in service since 1973.

Ukraine’s modern warfare tactics, aided by Western technology, are causing a major headache for the Kremlin.

As reports emerge of Russia drafting in dated equipment to continue their offensive, Zelensky’s forces are using modern means to wipe out strategic strongholds – such as ammo depots in occupied areas of the Donbas.

On Monday, Kyiv said 50 ammo warehouses have been blown up so far.

US-made M142 High Mobility Artillery Rocket Systems (HIMARS) are being used to great effect as part of this strategy.

In an address on Ukrainian TV, Oleksiy Reznikov, the nation’s minister of defence, has described the tactic’s impact.

Mr Reznikov said: “This cuts their logistical chains and takes away their ability to conduct active fighting and cover our armed forces with heavy shelling.”

Russia is, however, using its own modern drone technology to good effect.

Notably, the Orlan-10 is used to locate positions of Ukrainian troops.