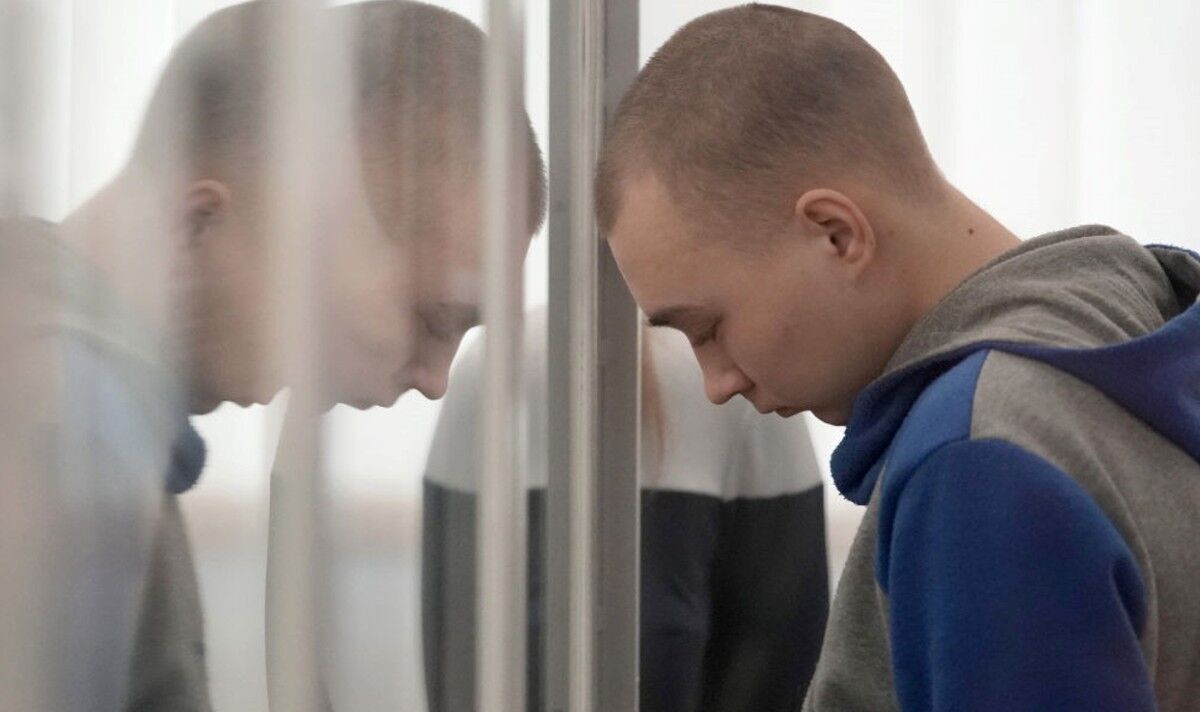 Sergeant Shyshimarin, 21, has been sentenced to life in prison at a Kyiv district court for shooting a 62-year-old unarmed civilian in the head through an open car window in the north-eastern village of Chupakhivka on February 28. Last week’s trial was the first Ukraine conducted for an act that could be considered a war crime since Moscow launched its full-scale invasion on February 24. The office of Ukrainian Prosecutor-General Iryna Venediktova says it has received reports of more than 10,000 alleged war crimes, with 622 suspects identified.

According to prosecutors, Shyshimarin had admitted to Ukrainian investigators he had pulled the trigger of the Kalashnikov rifle that killed the man, Oleksandar Shelipov.

He told investigators in a videotaped statement he and four other Russian servicemen had stolen a car at gunpoint and were fleeing from Ukrainian forces when they spotted Mr Shelipov on a bike, talking on the phone. One within the group, the sergeant said, ordered him to kill the man to prevent him from reporting them to the Ukrainian army.

The tank commander told the Ukrainian Intelligence Services: “I was ordered to shoot, I fired an automatic burst at him, he fell. We drove on.”

The soldier’s defence lawyer, Viktor Ovsiannikov, told the court Shishimarin had initially refused to fire the shots but was given the order twice and so proceeded out of fear for his own safety.

He added that only one out of three or four rounds had hit the target.

Mr Ovsiannikov said: “He was sitting at the window of a car… the car was moving at high speed with a punctured tyre.

“I personally think that it should not be this young man in the dock, but the senior leadership of the other country that I think is guilty of unleashing this war.”

Kremlin Spokesman Dmitry Peskov, when asked to comment on the case, dismissed the proceedings and told reporters the accusations against Russian soldiers by Kyiv were “simply fake or staged”.

He said: “We still have no information.

“And the ability to provide assistance due to the lack of our diplomatic mission there is also very limited.”

Shishimarin, wearing a blue and grey hooded sweatshirt, watched proceedings silently from a reinforced glass box in the courtroom and showed no emotion as the verdict was read out by judge Serhiy Agafonov, who concluded Shishimarin had carried out a “criminal order” by a soldier of higher rank.

The prosecutor, Andriy Sinyuk, dubbed the hearing an “unprecedented procedure” in which “a serviceman of a different country is accused of murdering a civilian of Ukraine”.

Moscow denies committing war crimes in Ukraine or targeting civilians during a war that has in its first three months killed thousands of people, devastated cities and towns and prompted a massive exodus of around six million Ukrainians, many of whom bear accounts of torture, sexual violence and indiscriminate destruction.

Ukraine’s Interfax news agency reported on Thursday that two more Russian soldiers on trial in the centre of the country had admitted to accusations of firing artillery on civilians.

Kyiv authorities are moving fast and trying to carry out justice while the military conflict is ongoing.